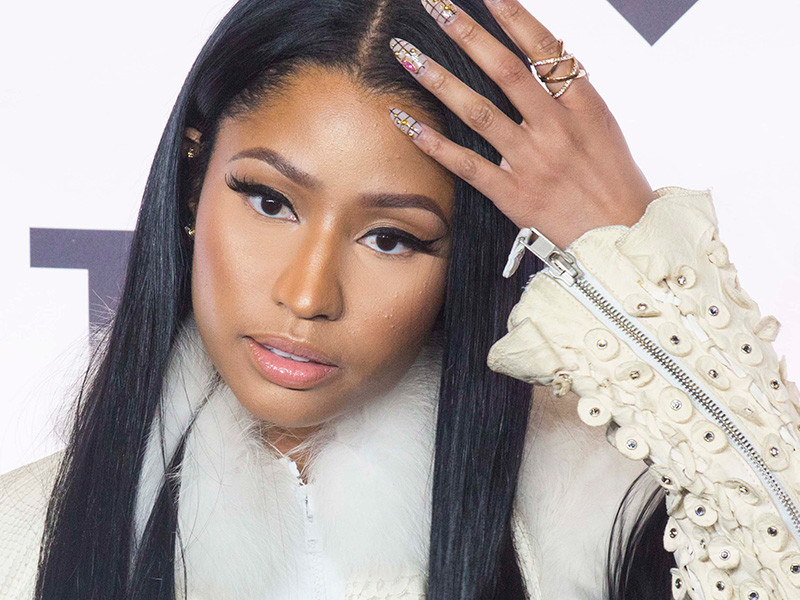 New York, NY – Nicki Minaj phoned into Hot 97‘s Ebro In The Morning recently to break her silence on Meek Mill’s recent string of beefs with other artists. She says she doesn’t get involved in the “rap battle” side of Meek’s music and that the recent situation is “pretty played out.” But she does understand why he reacted when put against the wall and admits that all the headlines and publicity, albeit somewhat negative, only serve as a strong platform for Meek to release new music, especially with Dreamchasers 4 looming.

“I do not believe there’s any such thing as negative publicity,” she says. “And that’s what I tell him. You must have something that people see in you. Look, there’s a lot of things that I know about other rappers that I keep quiet. As a man and as a rapper and as an artist, he runs his shit the way I run my shit. He’s the boss of his stuff. I don’t wanna really step in too much because it’s not my place. Behind the scenes, I’m such a rapper that I’m always critiquing even with him, I’ll critique him, but he gotta live his own life at a certain point in terms of his career choices.”

The rapper/actress has had her fair share of feuds, including with Lil Kim, Miley Cyrus and her ex-boyfriend Safaree Samuels. She says that what she told Meek she’s learned from experience and agrees with his position to stop beefing on social media.

“I strongly believe that great music changes everything,” she says. “If niggas got your name in they mouth for a year or two, then thank them, because if you come out with great music after all of that, then it’s nothing, none of that matters. Social media has given so much power to irrelevant shit because the masses now have a voice and if you’re not careful you will allow them to shape what you do.”

Nicki Minaj was recently dragged into Meek Mill’s beef with The Game when the Compton rapper said he’d give her the “pool stick” in “92 Bars,” his first Meek Mill diss track. The Game later apologized for bringing her into the middle of the feud, but the Philly rapper’s woes continued as Beanie Sigel dropped three consecutive diss tracks against Meek.

Elsewhere in her interview, Nicki opened up about her upcoming album and hinted and an upcoming collaboration with Remy Ma.

Listen to the entire interview with Ebro In The Morning below.