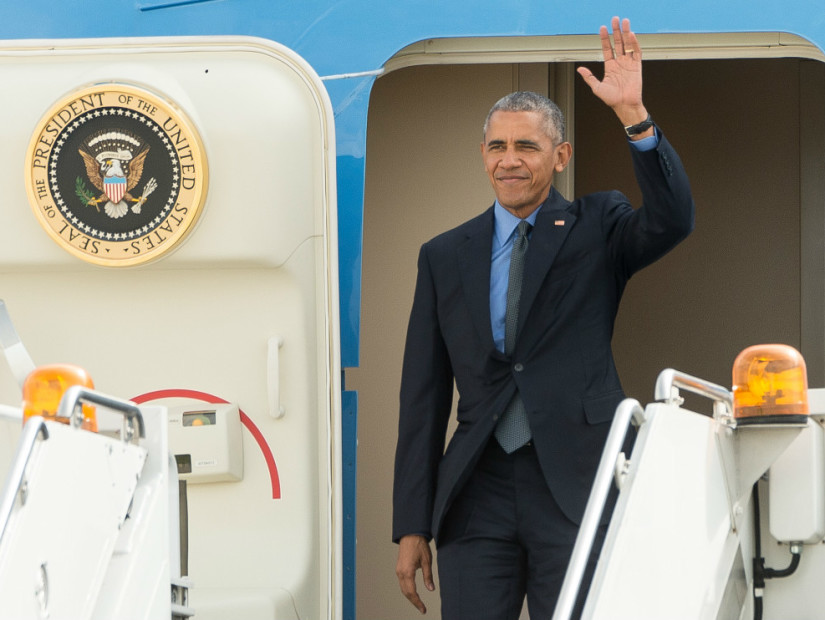 Obama Has Jay Z, Drake & Beyonce On His Workout Playlist

Ever wondered what President Barack Obama listens to while pumping iron? Well, now you can because he generously shared his presidential workout playlist as guest-editor of WIRED’s November issue.

The 10-track playlist includes Jay Z’s Blueprint 3 cut “Off That” featuring Drake, Beyonce’s “Get Me Bodied,” Black Eyed Peas’ “Let’s Get It Started” and Bob Marley and the Wailers’ jam “Could You Be Loved,” among others.

This summer the president released two playlists through Spotify for the sunny season that included cuts from Nas, Common, Chance the Rapper, Pharrell, and of course Jigga, among many other musicians.

The President is a huge fan of Hip Hop so his playlist selection shouldn’t be that surprising. He had Wale perform before his State of the Union address and Kendrick Lamar performed at the White House this past Fourth of July.

The only person missing from Barry O’s playlist is his favorite rapper, K. Dot.

Check out the playlist below.