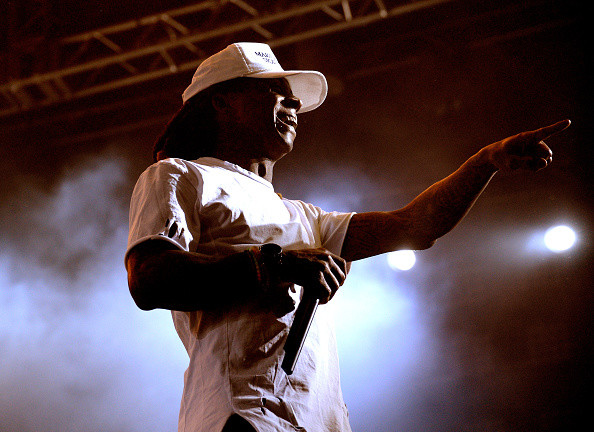 Lil Wayne was recently out in the Big Apple with the New York Times to promote his jail memoir, Gone ’Til November but that wasn’t the biggest takeaway from his interview.

Like most established rappers, his opinion regarding the new generation of Hip Hop talent is doing the culture justice is highly valued yet no one, not even writer Joe Coscarelli, could have been prepared for his response after being questioned about a chunk of the so-called mumble rappers of today.

When asked about whether or not the likes of Lil Yachty, Lil Uzi Vert, 21 Savage and Kodak Black were “motivating” him to stay on his toes, Wayne replied, “I swear to God I didn’t know you were saying people’s names just now, so that should probably answer that question. I just do my own thing.”

Wayne’s answer was particularly savage seeing that he just appeared on the 2016 BET Hip Hop Awards where three of the four rap upstarts also appeared on the televised event. (Black is currently accumulating #FreeKodak hashtags in a Florida jail cell.) Which means either Weezy didn’t even bother tuning into the 10th annual awards extravaganza or he totally blacked out when the much talked about artists hit the stage. For what it’s worth, he also claimed not to know who Donald Trump is even after admitting to binging on Celebrity Apprentice while incarcerated in 2010.

Despite being the undeniable highlight, Wayne’s commentary about his fellow “Lil’s” didn’t complete his conversation. There has been much speculation as to who was holding his Carter V album hostage, with Tunechi nearing the one-year anniversary for his verbal and legal “fuck Cash Money” campaign while Birdman recently told the world he didn’t even possess a copy of the album.

Wayne somewhat validated his estranged surrogate father’s claims by revealing that he broke out the long-delayed after a long stretch and its contents were completely foreign to him.

While C5 probably needs an update, Wayne’s opinions, no matter how controversial, are still intact. During a September 2016 visit to Skip Bayless’ new FOX Sports show, Undisputed, the 34-year-old Dwyane Carter was adamant in expressing how he didn’t feel like racism actually existed — a belief he doubled down on to the Associated Press for it was a white police officer who the one who cared the most when he infamously shot himself in the chest at 12-years-old.

“Yeah, he was a cop, and my life was saved by a white man. I don’t know what racism is. I know a good (expletive) named Uncle Bob, though.” he recalled. “He was white as snow. Them (expletive) that hopped over me were blacker than me. (He) stood there and waited until the doctor said ‘He’s gonna make it.'”