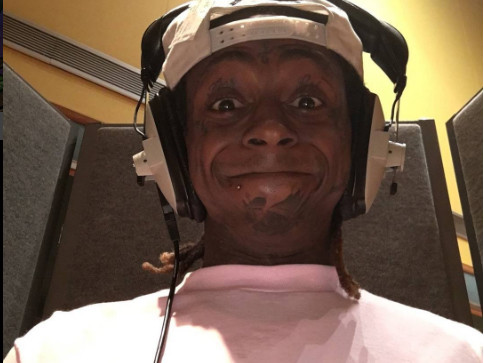 New York City, NY – In 2010, Lil Wayne (real name Dwayne Carter, Jr.) spent eight months out of a one-year sentence at the notorious New York prison Riker’s Island, where he was serving time for criminal gun possession. At this point, Carter was one of rap’s brightest stars. His 2008 album, Tha Carter III, had sold over 3 million copies while both 2009’s We Are Young Money and 2010’s Rebirth were certified gold. Consequently, Carter appeared on the cover of Rolling Stone for the second time, which further cemented his superstar status. That all came crashing down once he put on his orange jumpsuit in March 2010.

A month into his sentence, friends of Carter erected a website called Weezy Thanx You, which published letters written by Carter while incarcerated. One of those letters, titled “Gone ‘Til November,” meticulously described his daily routine.

On October 11, Carter is publishing Gone ‘Til November, a handwritten journal detailing what exactly happened during his prison stint. From performing a gay marriage ceremony for two other inmates and discovering his then girlfriend had slept with Drake to killing time watching American Idol and getting two female officers suspended for acting like groupies, his little “vacation” was apparently anything but dull.

Photo: Penguin Books
Gone Til November: Weezy’s memoir is due out in October 2015 via Plume, an imprint of the Penguin Group.

According to Page Six, when Diddy and Kanye West came to visit him, they underwent body searches just like anyone else, which presumably lifted his spirits, but as he writes in the book, when Drake admitted to sleeping with his girlfriend in the past, it was a devastating blow. Drake had signed to Young Money in 2009 and was experiencing a meteoric rise to fame. The Canadian rapper started to get close to his Young Money family—maybe too close. Carter popped up on Drake’s 2010 smash record, Thank Me Later and only months later, revealed he was smashing the inmate’s girl.

“Finding out that she [expletive] Drake was the absolute worst thing I could have found out,” he wrote. “Drizzy came to see me, he was like, ‘Yeah, it’s true’. Damn! This is the type of [expletive] a man never wants to find out while he is locked up.”

Carter reportedly wrote on a daily basis and divulged his creativity was put to the test when left alone with nothing but cement surrounding him.