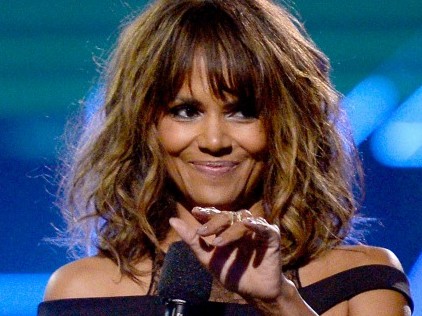 Halle Berry is not happy with WWE legend Ric Flair waltzing around with the story that he gave her the d after she divorced David Justice.

A rep for the award-winning actress spoke with TMZ and says that Berry has never even heard of Flair and that she did not have sex with him.

“There is NO truth to this!” the source says of the wrestler’s claims he made on his podcast. “Halle has literally never even heard of him let alone met him!!!”

(This article was first published October 3, 2016 and is as follows.)

Academy Award-winning actress and one of Hip Hop’s most coveted women of all time, Halle Berry is, unfortunately, making headlines for what someone said about her.

That someone would be WWE legend Ric Flair, who had no shame in his game about having loose lips when he was asked about his celebrity conquests on his self-titled show/podcast.

The 67-year-old retired pro wrestler was fielding questions from his callers when the topic of had any famous women ever rode “Space Mountain” came up. He then immediately outed the 50-year-old movie star who is renown for her roles in Catwoman, the original X-Men film trilogy and 2001’s Monster’s Ball, where she infamously won an Oscar for a flick where the only memorable scene was a sex romp between her and Billy Bob Thornton.

“You want me to start with Halle Berry?” he asked before laughing with “Of course she did” when the “Space Mountain” passenger log-in sheet was referenced.

“She was in Atlanta and just got divorced from David Justice,” he told his co-host Conrad Thompson. “Would I have to make up a lie?”

I just saw the nature boy was trending and I feared Ric Flair was dead! Nope he just claimed he banged Halle Berry pic.twitter.com/3Knd6YfuCX

Known for his eccentric style — in terms of not only fashion but wrestling techniques as well — Flair is the only two-time WWE Hall of Famer in history, having been inducted both individually and as a member of the Four Horsemen. In 2011, Killer Mike released his fourth studio album titled PL3DGE which featured a braggadocious record titled “Ric Flair.”

Although Berry was the only celebrity starlet the Nature Boy had the balls to name, he did blurt out “Oh gosh, several dozen,” alluding to the possibility that he have a few more ways to make his show a trending topic.

Listen to the Halle Berry revelation below.