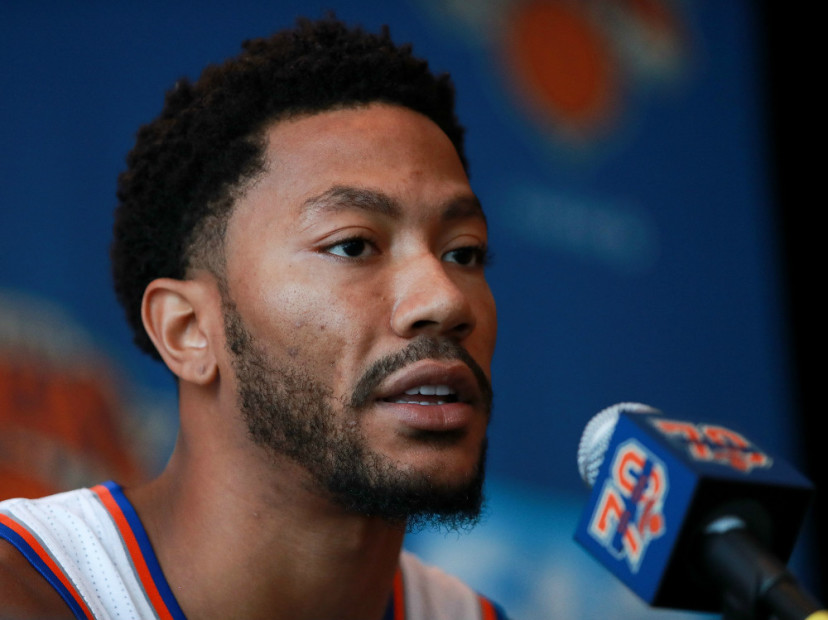 Derrick Rose is in court battling a woman who claims he raped her and, according to TMZ, the NBA All-Star is trying to use Tupac‘s 1993 sexual assault case to help his cause.

Rose is asking the judge in his case to force the woman accusing him of the crime to reveal her identity because he says it is unfair for her to bash him in the media while hiding behind an anonymous name.

Tupac was sentenced to serve up to four-and-a-half years in prison in 1995 for allegedly forcing a woman to have oral sex with him and his friends. In a civil lawsuit that followed, the woman was ordered to reveal her identity.

The New York Knicks player says that his case is almost identical to that of the West Coast legend’s and is asking for a judge to demand the woman reveals her identity. The judge is cautious as Rose’s legal team has seemingly attempted to victim shame the woman.

Los Angeles Lakers star Kobe Bryant and his legal team were accused of victim shaming in 2003 when they successfully prevented a woman claiming he raped her from veiling her identity.