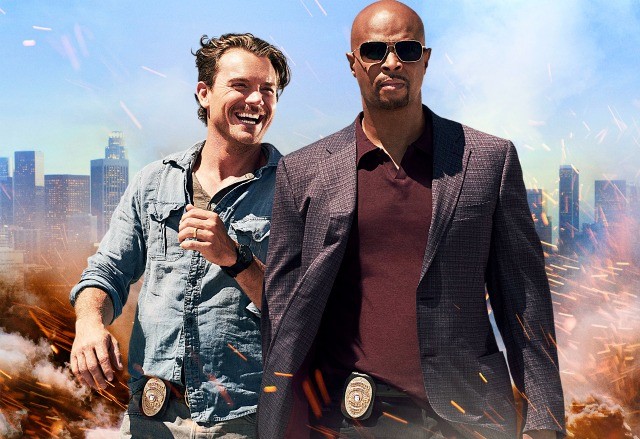 Los Angeles, CA – On September 21, the saga of Riggs and Murtaugh lives to brave another shootout with the release of the new FOX television series, Lethal Weapon.

The 80s-bled-into-the-90s buddy cop franchise starred Mel Gibson and Danny Glover at the height of their careers, spawned four movies and nearly raked in a billion worldwide dollars at the box office combined.

For the new generation, the combined genius of Matt Miller, McG, Dan Lin, and Jennifer Gwartz are updating the action, revitalizing the humor and modernizing the crimes for a show HipHopDX can confidently proclaim feels like the viewer is tuned into a movie with each episodal explosion from the comfort of their living room.

In this exclusive preview from the upcoming pilot episode, the rebellious boys in blue hint at their uncharacteristic, yet undeniable chemistry as underground rap song “Black Holes” by Building Castles propels the action right along.

The new story chronicles a PTSD-plagued Martin Riggs (portrayed by Rectify’s Clayne Crawford) and his new journey into Los Angeles following the death of both his wife and unborn child. To make things interesting, he’s paired up with Roger Murtaugh (the incomparable Damon Wayans), who is forced back into action just moments after he returned to his LAPD beat, following a near-fatal heart attack.

Upon their first encounter, their differences couldn’t be more apparent, which also makes them a near-flawless duo, as the pilot episode later reveals. Their shared love for top-notch police work immediately makes them friends.

Catch it next week opening up for Empire next Wednesday on FOX.