The Weeknd Couldn't Help But Get Political Over #BlackLivesMatter 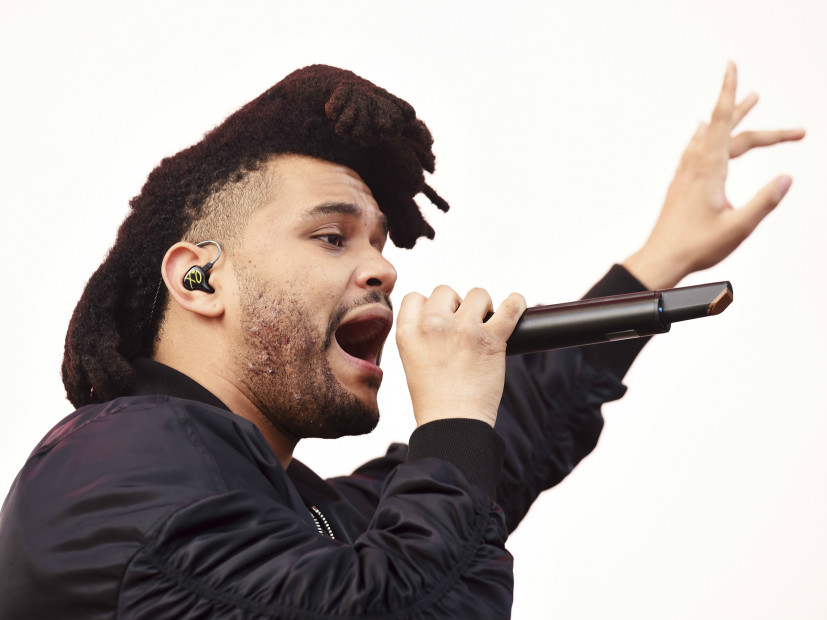 The Weeknd has become ubiquitous for his lusty ballads and he has recently chosen to use his platform to raise awareness for political issues. By canceling a performance on Jimmy Kimmel because Donald Trump was also set to appear on the same episode and tweeting about Black Lives Matter, The Weeknd tells VMAN that he broke a promise to himself.

“I promised myself that I would never tweet or talk about politics and focus on the music, but I was just so bewildered that we lost more of our people to these senseless police shootings,” he says in the publication’s Fall/Winter 2016 cover story. “It’s hard to wrap my head around the fact that there are people who can’t or won’t see what Black Lives Matter is trying to accomplish. I wish I could make music about politics. I feel like it’s such an art and a talent that I admire tremendously, but when I step into the studio I step out of the real world, and it’s therapeutic. It’s an escape, but recently it’s been very hard to ignore, and it’s also been very distracting. Maybe you’ll hear it in my voice, but it is not my forté.”

enough is enough. it's time to stand up for this. we can either sit and watch, or do something about it. the time is now. #blacklivesmatter

Many artists, including The Game have taken a stand against social injustices after multiple black men were shot by police. Even the usually-silent Drake took the time to share his voice against the racial tension in the United States.

As The Weeknd prepares his next album, the follow-up to the wildly successful Beauty Behind the Madness, he takes his experiences and many influences with him as he continues to defy boxes placed around him.

“The production feels aggressive but still sexy,” he says. “The Smiths, Bad Brains, Talking Heads, Prince, and DeBarge play roles. We wrote it all in Los Angeles. I think it’ll be the best-sounding album I’ve ever done. It’s hard to label the sound because, when I first came out, nobody would label it R&B. I just want to keep pushing the envelope without it feeling forced.”

He says he is especially inspired by movies, including the 1984 movie Amadeus based on the life of Wolfgang Amadeus Mozart and his rivalry with another composer. Even though The Weeknd has been around for much longer than the average radio listener might assume, he says he’s looking forward to building off the success of last year’s LP.

“Even though I’ve been putting out bodies of work for years, Beauty Behind the Madness felt like the beginning,” he says. “My purpose is to make exciting music, and I feel like I’ll be doing that for the rest of my life, so there’s no pressure. Nothing is stopping me from doing what I love to do.”

Read the entire interview with The Weeknd at VMAN.