Jay Electronica Encourages Fans To "Collapse" Stage At Made In America 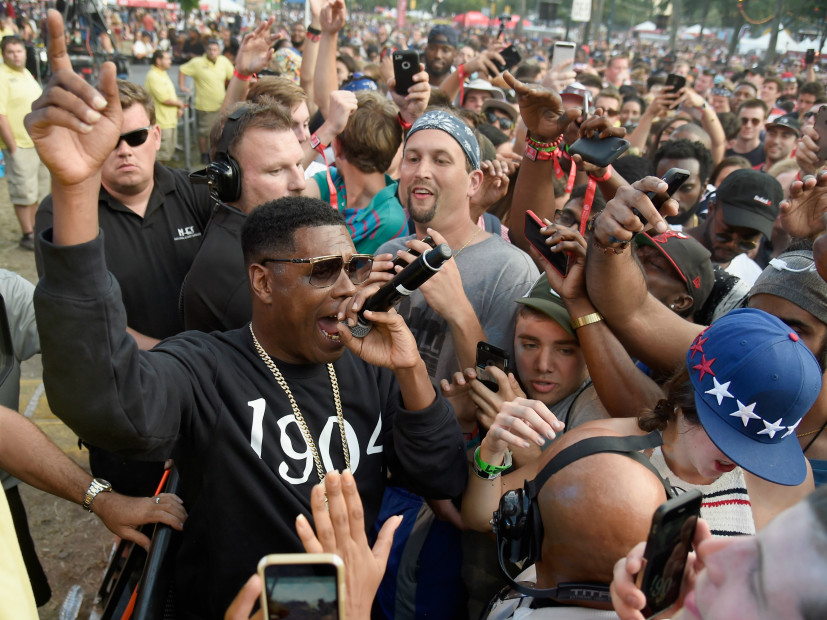 Philadelphia, PA – Rapper Jay Electronica quickly became the enemy of security at Philadelphia’s Made In America festival after he requested that fans help him collapse the stage, during his performance on Saturday (September 3).

According to Philly.com, concertgoers revealed that attention was diverted from Electronica after Lil Uzi Vert, who hails from Philly, was spotted by attendees.

To quickly get their attention back, Jay Electronica demanded, “If you ain’t scared, come up here…Yo, let’s try to collapse this mothafuckin’ stage. Let’s try to tear this bitch down.”

In a video of the incident, dozens of festival attendees can be seen making their way from the crowd to the stage, while security yells for them to “back up.”

Philly.com reports that police were ultimately called, and the on-stage crowd was broken up.

Jay Electronica doesn’t serve as the first Hip Hopper to let fans grace the stage. Last year, Travis Scott was charged with reckless conduct after he told fans at Lollapalooza to jump over security barricades, which they did.

Video of Jay Electronica encouraging fans to help him collapse the stage at Made In America can be found below.

#Repost from @worldstar. #JayElectronica tells fans to help collapse the stage at the #MadeInAmerica show! #ibeknowing