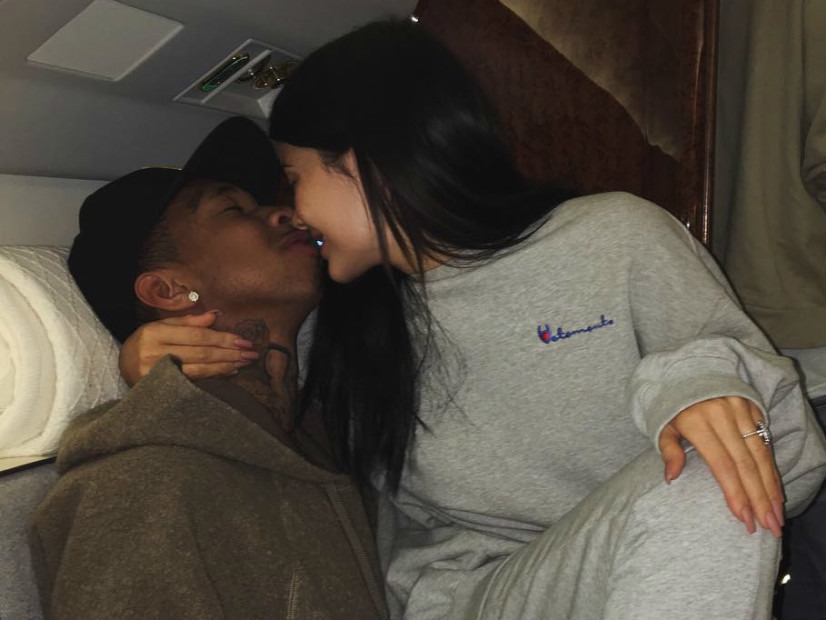 Tyga joins Meek Mill as one of the few who can call themselves the owner of the Bentley Bentayga, more commonly known as the Bentley Truck.

Kylie Jenner, Tyga’s girlfriend, gifted the car to the California rapper amidst reports that T-Raw had his Ferrari repossessed. She shared his reaction to receiving the white luxury SUV on her Snapchat and said that the “blogs” almost blew her surprise because of the Ferrari story.

TMZ broke the news about the Ferrari repossession and said that Tyga and Kylie went to the Bentley dealership together. She says it was just her that went to the dealership and that the story was fake. The celebrity site rebuts her claims and says it has seen the repossession paperwork.

The Ferrari story is not shocking, as Tyga has had a spree of financial woes. A jeweler recently came after him for $200,000 and a judge demanded that the rapper pay nearly the same amount to his landlord for environmental waste.