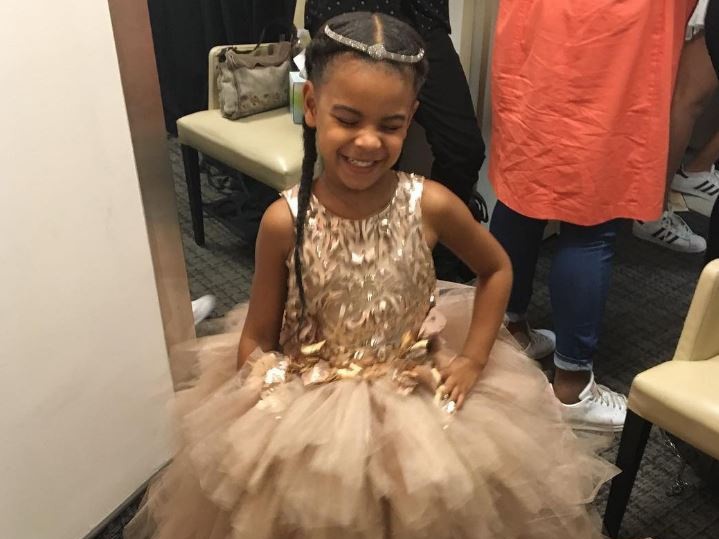 According to Hollywood Reporter, the dress retails for $10,950, and features a gold leatherette bodice, high-low hem, and 3D floral applique.

In addition to rocking her Mischka Aoki dress with ease, the four-year-old also donned a diamond tiara and Giuseppe Zanotti kicks.

Blue Ivy walked the red carpet with her mother, Beyonce, who stunned with what was reportedly more than $12.5 million worth of Lorraine Schwartz jewelry. The Houston songstress also wore a gown from Italian designer Francesco Scognamigli.

In addition to putting on what was arguably one of the best performances at this year’s VMAs, Beyonce walked away with a record-breaking eight awards, including Video Of The Year for “Formation” and Best Female Video for “Hold Up.”

Check out photos of Blue Ivy in her dress below, and more VMA fashion here.