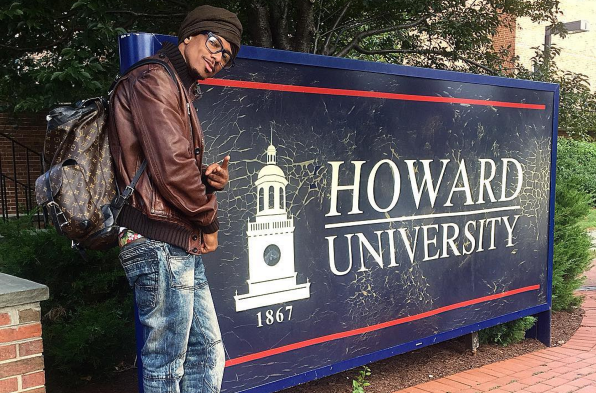 Washington, D.C. – At 35-years-old, Nick Cannon has already accomplished more in the last decade than many people do in their entire lifetimes, but that’s apparently not enough for him.

On Sunday (August 21), Cannon posted an Instagram photo of himself standing in front of the Howard University sign with an expensive Louis Vuitton backpack, making it fairly obvious he is one of the school’s newest students.

According to Page Six, Cannon has enrolled as a freshman at the esteemed university, where he will be studying communications and planning to graduate by 2020. Due to his busy schedule juggling various television roles, including his gig as a host of America’s Got Talent, the school is working with him to make sure he’s able to manage all of his commitments.

Despite his celebrity status, Cannon had to go through all the rigors of the application process and was given no preferential treatment.

“No one gets special treatment, no matter who they are,” the source added.

Cannon is the second celebrity this month to reveal they’re headed back to school on the road to higher learning. Actress Ashley Judd announced last week that she’s enrolled at University of California, Berkeley to pursue a PhD in public policy.