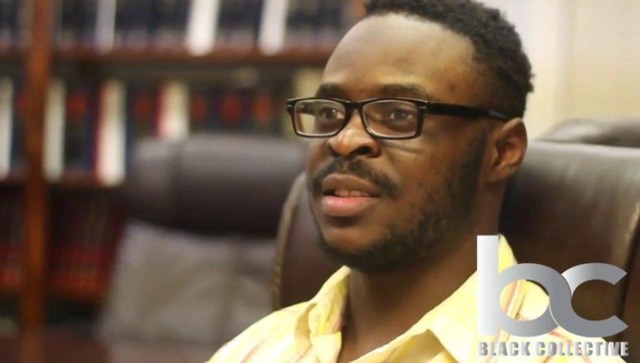 Charleston, SC – Last week, accused killer and domestic terrorist Dylann Roof was attacked inside the Charleston County Detention Center where he has been detained since last summer, after he was charged for running up in Mother Emanuel African Methodist Episcopal Church on the evening of June 17, 2015, and killing nine black people in a racially motivated hate shooting spree.

His assailant, 26-year-old Dwayne Stafford was “coincidentally” freed on $100,000 bond a day after he slugged the 19-year-old Roof as he headed to the showers, happily leaving him with bumps and bruises. Since January 2015, Stafford had been jailed for 571 days on first-degree assault and strong-arm robbery charges.

In his first interview since being released from jail with Black Collective, as spotted by the NYDailyNews, Stafford recalls listening to The Breakfast Club’s “Donkey of the Day” report on the Roof shooting that allowed him to call Roof’s bluff on being remorseful in captivity.

When I heard Charlamagne say, [Roof] was trying to start a race war, back then I kind of felt as if, ‘This motherfucka thinks I’m stupid.”

The shooting took place in the Charlamagne Tha God’s hometown and he was passionately instrumental in spreading news and updates regarding the tragic case to the Hip Hop community.

Stafford considered the slain nine individuals “family” solely on the principal of them worshipping God in hopes for a better life. He says it was Roof’s bragging of killing a young girl that immediately turned him into an enemy. Especially since the girl didn’t actually die.

“I was like, ‘No, you didn’t get her. She played dead on you,’” Stafford said. “That’s when I gave him the smart aleck, you know? Saying like, ‘You so bad but you let that child get off on you.’”

According to WCSC-Charleston, Stafford made his move on August 4 (President Obama’s birthday at that!) at 7:45 by hitting Roof in his face and his back. After the incident went public, Stafford became a social media hero with calls to donations for his commissary running rampant, which proactively led to his bond being paid by an unnamed source.

Roof’s trial is set for November 7, 2016. He faces the death penalty if convicted on all charges.