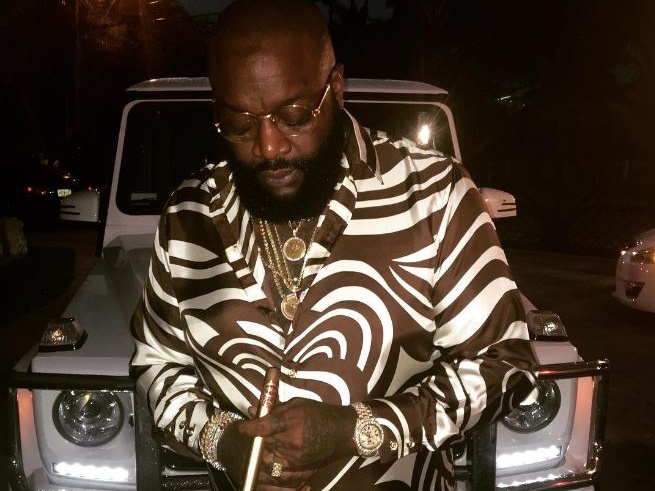 The 10-year-anniversary of the release of Rick Ross‘ Port Of Miami will serve as an even more momentous occasion for the rapper now that the album has been certified platinum.

Port Of Miami, which was certified platinum by the RIAA on July 28, now serves as the only album for Ross that has exceeded over 1 million in sales.

Yesterday (August 9), Ross uploaded a picture of himself receiving the platinum plaque and posted the following caption:

“Last nite we celebrated the 10 yr anniversary of Port Of Miami. The album is officially Platinum. Salute @untouchablemmg #biggest”

News of Port Of Miami obtaining platinum status comes weeks before Ross is scheduled to celebrate the release of the album with a 10th anniversary concert.

The 10th anniversary concert will take place on August 29 at the fittingly appropriate Port of Miami in South Florida, and will be streamed live on TIDAL.

Released on August 8, 2006, Port Of Miami boasted the breakout track “Hustlin,” and featured guest appearances from the likes of Lil Wayne, Akon, and Lyfe Jennings.

Last nite we celebrated the 10 yr anniversary of Port Of Miami. The album is officially Platinum. Salute @untouchablemmg #biggest