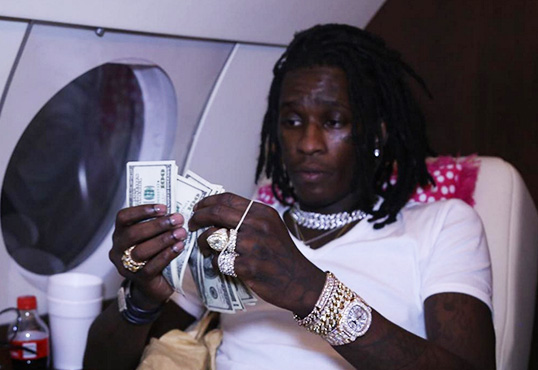 Pittsburgh, PA – Young Thug and his entourage were swarmed by a SWAT team just after his show at Summer Jam in Pittsburgh yesterday (July 31), according to TMZ.

Members of Thugger’s crew were reportedly packing weapons and someone on the venue’s security team called 911. In the dramatic video footage captured by someone at the scene and released by TMZ, security and uniformed officers approach a van in what seems to be a backstage parking area.

Seconds later a SWAT team arrives approaching the vehicle with guns drawn, shouting commands. The person who was filming the incident hits the deck, and the remaining footage only captures the ceiling and audio of what was happening as we hear shouting and commands to “get down.”

TMZ reports that Thugger’s entourage was legally licensed to carry the firearms and that the situation was resolved without any arrests or injuries.

The Calvin Klein womenswear model doesn’t appear in the video, and, as of publishing, hadn’t addressed the situation on social media.