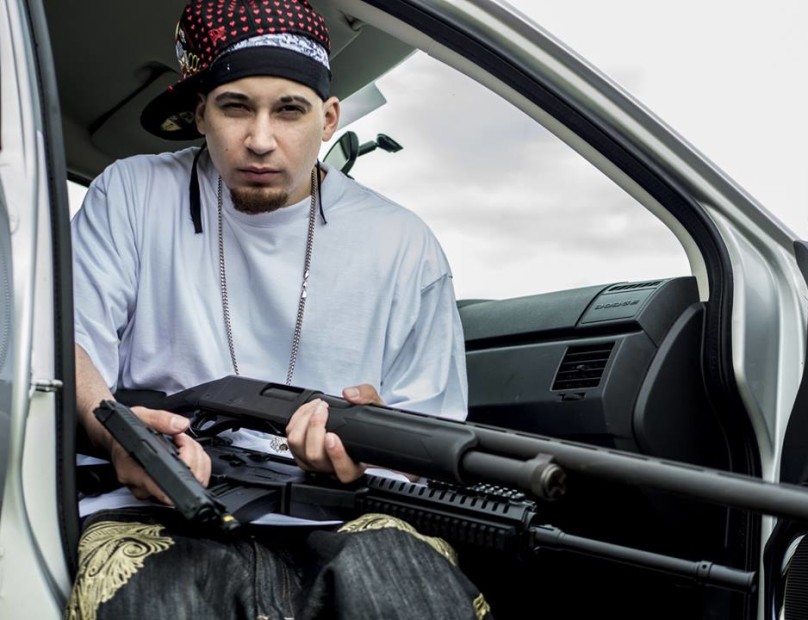 Rapper Kasper Knight Shoots Himself In The Face For Music Video

Aspiring rapper Kasper Knight took matters into his own hands when he was unable to find a music video director willing to film him shooting himself in the face.

Instead, he filmed the grisly scene on his own and uploaded it to Facebook.

In a description for the video, Knight revealed that he has been shot several times before, and added that the shot he took to the face “was really nothing.”

“Anyway, this was really nothing,” Kasper Knight wrote in a message on Facebook. “I’ve been shot a couple times before and this was like a 4 out of 10 on the pain scale after the initial impact. I look slightly disorientated after the blast. That’s because my ears were ringing/ in pain. It was hard to focus on sound and although I assumed that i swallowed the bullet/ I wasn’t quite sure. The last time that a bullet ricocheted through me/ it destroyed an organ and part of another.”

At one point in his written description, Knight appears to ponder what it would be like to also shoot himself in the arm.

“I should’ve used a different gun,” he wrote. “My friend discouraged me from using the .9mm because he said it was armor piercing. Armor piercing: I wonder what that’d look like going through my arms/ do you?”

In another message on Facebook, Knight accused WorldStar of discrimination for not uploading video of “a white skinned half African motherfucker with mitary and law enforcement experience.”

“1.7 million views on my own,” Knight wrote. “Fuck world star. They pussied out. World Star takes every opportunity to post the most vile shit from dark skinned African Americans but let a white skinned half African motherfucker with mitary and law enforcement experience do something and they won’t post.”

Most recently, Knight, who also goes by the name “Kasper Tha Phantom,” dropped his “All Lives Matter LOL” music video on YouTube.

Video of Kasper Knight shooting himself in the face, can be found below.