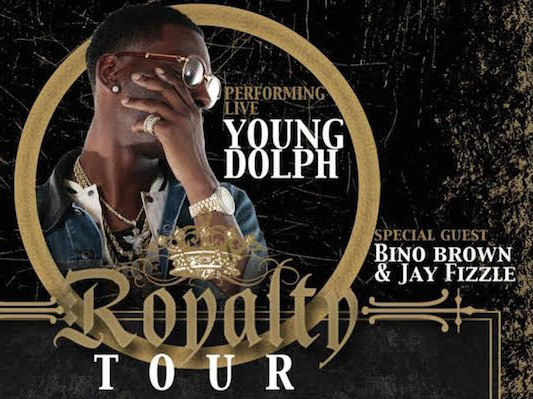 After releasing his King of Memphis album, Young Dolph is ready to take his music to the fans on his “Royalty Tour,” which he is announcing exclusively through HipHopDX.

The “Royalty Tour” is slated to hit 17 cities throughout the United States, starting August 9 in Dallas and concluding September 2 in Norfolk, Virginia. Young Dolph is bringing along TRU signee Cap 1 and his Paper Route Empire artists.

“The tour gonna be crazy with me and my boys Jay Fizzle and Bino Brown we gonna do what real bosses do and go get the MONEY!!” Young Dolph says.

Both Jay Fizzle and Bino Brown were featured on Dolph’s Bo$$e$ & $hooter$ mixtape. Dolph also dropped the 16 Zips and Shittin on the Industry projects within the year.

Check out the “Royalty Tour” dates below and purchase tickets here.