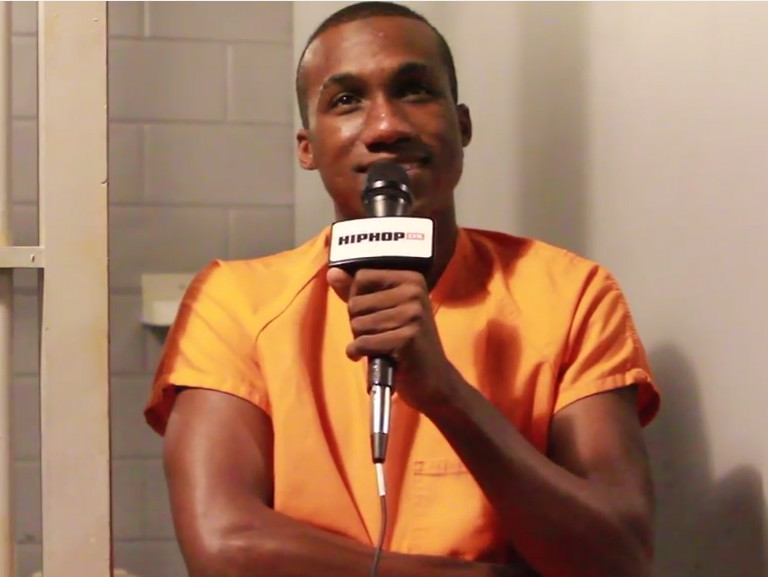 Hopsin declared the end of Funk Volume when he broke away from the label he co-founded. He discussed his reasoning for leaving in the “Illmind of Hopsin 8” track, where he detailed his grievances with former business partner Damien Ritter.

Each former member of FV responded either via interview or on wax. SwizZZ, who is Ritter’s brother, chose the latter. He unleashed on Hopsin and defended his kin on “Automatic.”

“It wasn’t disrespectful,” Hopsin says. “It was more of just his point of view from the situation and him telling his opinion, which I was wondering how he was gonna go about it where he was going to be like, ‘Fuck you, Hop, you piece of shit. White contacts.’ This and that, but I feel like he did it in a very respectful way. I can’t hate him for that. I completely get it. It is what it is. I’m just gonna do me and that’s not going to change.”

The interview took place on the set of the Undercover Prodigy leader’s video for “Die This Way.” In the visual, Hopsin finds himself being chased by the police after shooting and killing a man in a robbery. The rapper explains the meaning of the song and how he wanted to try something new with the video.

“The song means that I’m just gonna die for what I believe in no matter what anybody thinks,” he says. “I’m me and I’m never gonna change. I’m gonna die this way whether people like it or not. The video, it’s just capturing, this is a completely made up scenario, but I just wanted something to kinda push my acting skills to the limit to do something that I’ve never done before.”

In regards to furthering his independent career with Undercover Prodigy, Hopsin says that an album is not his priority, but he is continuing the process of getting buzz for himself. His final release on Funk Volume was Pound Syndrome, which dropped a year ago.

“Being in this whole independent underground world is not the same as the mainstream world,” he says. “So to be one hundred percent honest, an album ideally sounds cool, like, ‘Man, when’s the album coming?’ But it doesn’t benefit underground artists or independent artists too much because it goes to my fanbase, so if I put out an album, I can kind of predict how many albums I’m going to sell because of past sales with albums. But the singles do a lot more. Anybody who’s buzzing in the independent world will tell you these singles, you can go from level 10 to 50 then 50 to 100 and you literally jump so many levels by releasing singles and you can also prevent your songs being slept on. That’s just kind of what I’m doing right now. So there will be an album in the future. I don’t know when. I don’t have any dates. But I’m always working on music, though.”