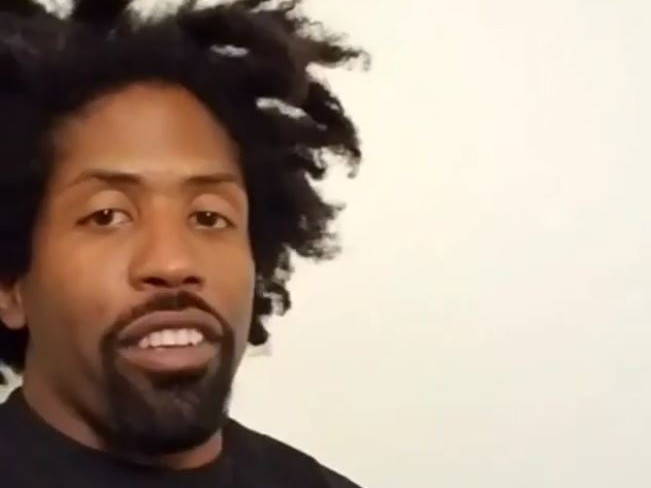 Murs Will Attempt To Set Guinness Record With Rap Marathon

Murs’ upcoming rap marathon might literally be one for the history books.

As part of Murs‘ Where You At? L.A., a live show with Boost Mobile, the Los Angeles rapper will attempt to break the Guinness World Record for the longest rap. The lyrical extravaganza, fittingly titled “Bars For Days,” will take place during the finale episode.

Murs rolled through the HipHopDX office on Wednesday (July 13) to explain how the idea came together, as well as to talk Pokemon Go and answer some questions from viewers watching live on Facebook.

He explained that there’s technically no current record and he needs to go for at least 24 hours straight for it to be considered a record. During that time, he’ll rap 55 minutes out of each hour and then is allowed to take five minutes off. He’s also able to stack his breaks, so if he raps for three hours straight, then he can take 15 minutes off.

He’ll combine verses from his own music with other rappers’ and will throw in some freestyles as well.

Murs also recently spoke with Billboard.com about his freestyle feat and Where You At? L.A., which will consist of five episodes.

According to the lyricist, the idea to break the Guinness World Record came about while discussing Boost’s streaming program.

“We were talking about Boost’s unlimited music streaming program and how to get that across to consumers,” Murs said. “I’m like we can do a 24-hour rap and started suggesting people for it. The more I talked, the more it seemed like something I could do…But this will be live streamed for all 24 hours. People can go to bed, wake up and make sure I’m still rapping. Whenever you want to tune in, I’ll be there for 24 hours. The more I talk about this now, the more I think about ‘what did I get myself into.'”

In regards to what his plans are once the finale episode of Where You At? L.A. airs, Murs says he hopes he can travel with the show to other cities.

“I would love to take the series to other markets and expose hip-hop cultures there like New York, Atlanta, the San Francisco Bay Area,” he said. “Texas has a lot going on, as does Chicago. If we go to the East Coast, hopefully we could do something with North Carolina hip-hop. There’s a lot of hip-hop out there from Kid ‘n Play to 9th Wonder and others.”

The first episode of Where You At? L.A. aired yesterday (July 13). The “Bars for Days” 24-hour live show will air on September 28.