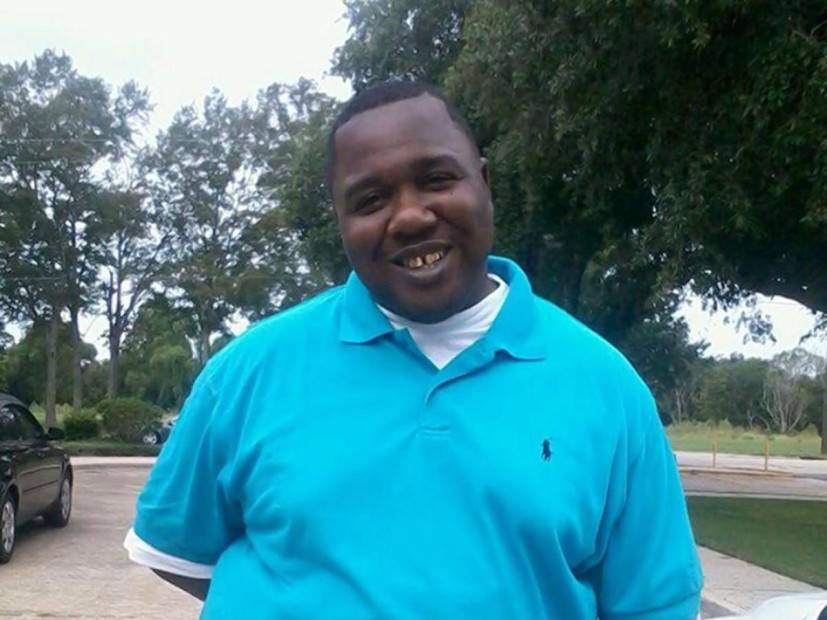 Baton Rouge, LA – Footage taken by Triple S. Food Mart Abdullah Muflahi has surfaced courtesy of The Daily Beast, which shows an alternate angle of Alton Sterling being shot. The newly uncovered video shows Sterling wasn’t holding anything in his hands at the time of his death (which occurred shortly before paramedics arrived on the scene) but it does showcase one of the officers removing something from his pocket as he lay on the ground with blood seeping through his shirt from his chest gunshot wound.

The video can be seen below. As a fair warning, the contents are extremely graphic.

Social media is stirring with the possibility of another Civil Rights explosion after yet another black man has died at the hands of police officers, seemingly without probable cause. Yesterday (July 5), video footage surfaced of 37-year-old Alton Sterling being tackled to the ground, pressed up against a parked car before being shot and killed by two Baton Rouge police officers.

The father of five was reportedly selling CDs outside of the Triple S. Food Mart convenience store before he was killed, according to the New York Daily News. Authorities arrived at the scene after receiving a call from an anonymous person who said he was threatened with a gun by a man who was supposedly Sterling.

In the clip, the two officers — who have yet to be identified — are shown pulling out their guns after they yell Sterling was in possession of a firearm before the camera pans down.

“He’s got a gun,” one officer exclaimed as the other threatened, “You fucking move, I swear to God.”

Afterwards, five gunshots can be heard amid the videographer’s screams and a coroner later said that Sterling was shot in the chest and back.

Store owner Abdullah Muflahi says Sterling was a father of three children and was a friend of his who he allowed to sell his merchandise outside without fear of reprimand.

“He was screaming, ‘What did I do,’ ‘What’s going on,” Muflahi told the Daily News.

“His hand was not in his pocket, nor did he have the gun in his hand,” he said, defending Sterling’s final moments.

“While he was laying there dying, the cop went inside his pocket to pull the gun out. I think they really handled it the wrong way.”

According to Muflahi, Sterling had armed himself for protection from potential thieves of his CDs and other hardware.

Muflahi also told The Advocate that he saw the incident happen and the officers initially tazed Sterling before pinning him to the ground.

Only one of the two officers seemingly fired the shots. Both have been placed on paid administrative leave.

Reports say that Sterling had previous run-ins with the law from 1996 to 2009 and pleaded guilty to battery charges and, a separate time, was sentenced to five years for marijuana charges.

Authorities have reportedly obtained footage from the store’s surveillance camera and the dash camera from the police’s vehicle, according to MS News Now. The officers did not capture the scene on their body cameras because the devices reportedly fell off in the struggle.

Police have not determined whether Sterling was in possession of a gun at the time of the shooting.

Sterling’s sister, Mignon Chambers, says that he had frequented the store for years before his tragic last day run-in with the law.

The Advocate has several character witness accounts that speak to Sterling’s nobility.