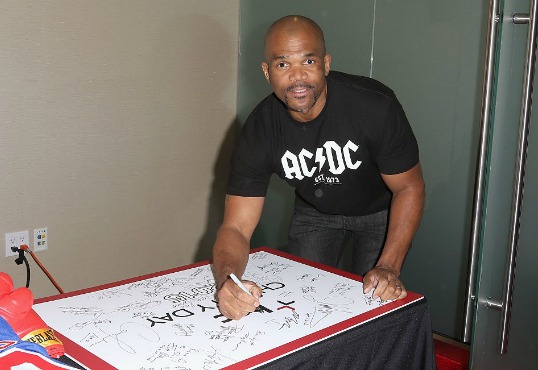 Beneath the surface, the dark side of fame was suppressing the toughened exterior DMC had popularized, as he admits in his new memoir, Ten Ways Not to Commit Suicide, he was close to taking his own life after bouts with alcohol addiction and coping how the loss of his voice from the throat condition spasmodic dysphonia would affect his life and career altogether.

“I was probably at my suicidal worst in 1997 during a two-week-long tour in Japan,” McDaniels writes in the book, exclusively excerpted by People. “The only song I listened to then was a soft-pop ballad by Sarah McLachlan called ‘Angel.'”

“I thought long and hard about killing myself every day in Japan. I tricked myself into thinking that my family might be better off without me. I considered jumping out of a window. I thought about going to a hardware store to buy poison to ingest. I thought about putting a gun to my temple. Whenever I’d listen to ‘Angel,’ though, I always managed to make my way back from the brink.”

Although the artist name and song may not accessibly be at the tip of most Run-DMC (and rap fans for that matter) tongues, there’s an almost guaranteed chance they’ve heard it. Not only did the song enjoy a twenty-nine week on the Billboard Top 100 back in the late 90s, in 2007, it became the theme for those tearjerking American Society for the Prevention of Cruelty to Animals (ASPCA) PSA’s (where McLachlan also served as the spokesperson).

DMC — who first heard the record while riding in a cab circa 1996 — had used the song as a crutch a decade before that.

“I cannot overemphasize how important that song was to me in the midst of my depression. ‘Angel’ kept me serene even when every fiber of my person was screaming for me to lose it [and] made me believe that I could soldier through,” the excerpt continues.

“Whatever my hesitations about suicide, I sometimes think I would have done the deed easily if it weren’t for that record.”

Today, DMC, 52, is healthy, sober and dedicates his time to his charity The Felix Organization, where he mentors youth who come up in the foster care system.

The new issue of People is currently on newsstands which digs deeper into the rap legend’s relationship with his biological mother after he found out he was adopted later in life.

Ten Ways Not to Commit Suicide will be available everywhere on July 5.