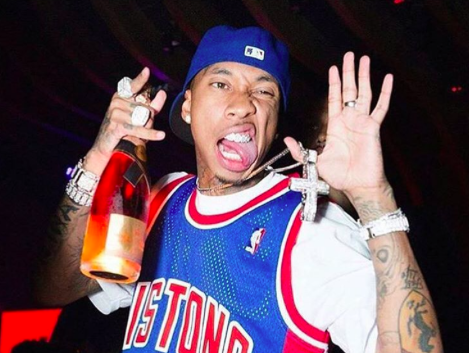 The grill contains 1,400 diamonds and is 18 carats, making it the most expensive grill Ben Baller has ever created.

The famed jeweler has created customized grills for many celebrities including Kanye West, Drake, Nas, Mariah Carey and Snoop Dogg among others.

The 41-year old is a former music executive for Dr. Dre and Priority Records who utilized his music industry connects to provide custom-made grills for anyone willing to spend a minimum of $25,000.

In March, stylist Ian Connor clowned Tyga for a colorful grill he copped that he felt wasn’t made good enough and suggested he should have consulted with Ben.

Check out the video of Tyga‘s custom Ben Baller grill provided by TMZ below.