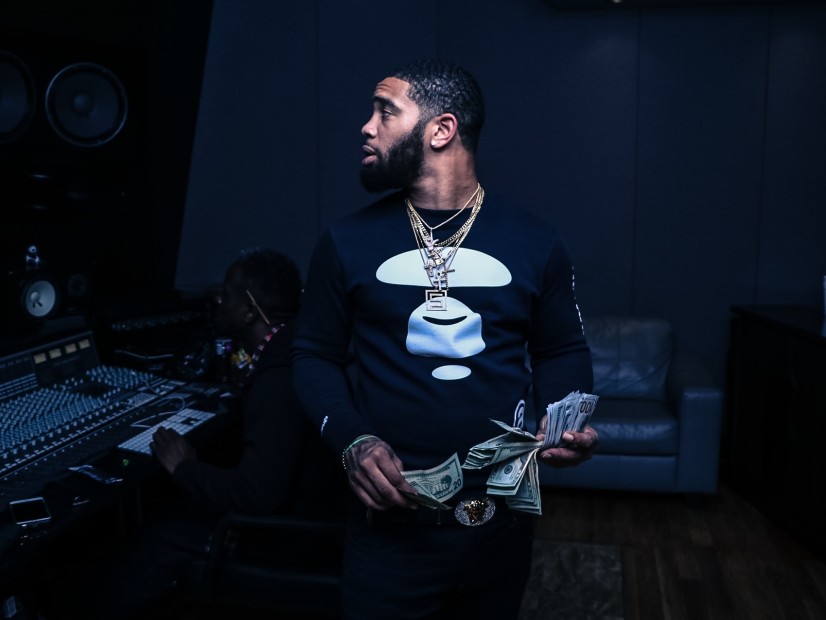 Skippa Da Flippa Could Be Quality Control’s Next Breakout Rapper

Atlanta, GA – Atlanta-based Quality Control has been on a roll between the success of Migos, OG Maco, Young Greatness and recent signing of Lil Yachty.

One of the biggest surprises this year from the label has been Skippa Da Flippa, who dropped I’m Havin 2 in early April with DX saying the project “should cement Skippa Da Flippa as the most lyrically talented unknown to come from the trap.”

During an interview with the self-proclaimed Dab creator, he says he wanted to make his best project to date. “I just felt like it was supposed to be bigger and better so I went in and did some crazy stuff on it,” said Skippa Da Flippa.

More recently, he dropped the visual for track number 12 from I’m Havin 2 entitled “Stuntin” featuring Mango Foo. The single features his more streamlined flow that changes cadences at a moment’s notice. “My style comes from me,” Skippa Da Flippa said. “I got a little Migos in me. All my g-shit and Dab came from me.”

Makes sense that the “Versace” trio would have enough of an influence on him as he calls them his family. Speaking with DX, he explains how they led to him getting signed to QC The Label.

“The same time that Migos met Coach K and Pete, I did,” Skippa Da Flippa explained. “It was just kind of like we were cool before then. But I took the grind serious enough for them to sign me.”

Expect more from Skippa Da Flippa as he details everything he has in the vault.

Watch the video for “Stuntin” below: