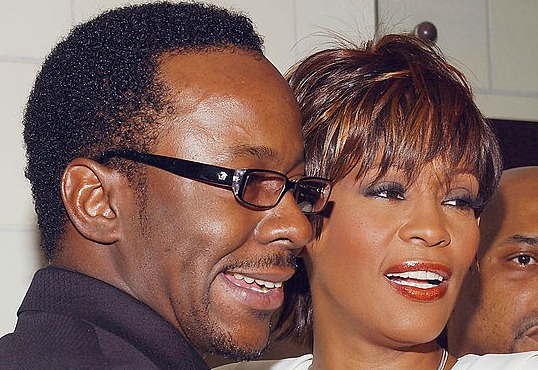 Bobby Brown Claims Whitney Houston Cheated On Him With Tupac

Los Angeles, CA – Bobby Brown has been previewing his upcoming memoir with some surprising allegations of celebrity affairs and supernatural nookie.

The “My Prerogative” singer says his late ex-wife, superstar songstress Whitney Houston, engaged in multiple affairs during their 14-year marriage between 1992 and 2007. One of those dalliances was with late rapper Tupac Shakur, Brown alleges.

The 47-year-old Brown, who reached stardom as a member of R&B/Pop group New Edition before a successful solo career in the 80s and 90s, alleged that Houston did her “share of cheating” with “quite a few of the producers and artists” including Shakur, The Associated Press reports after perusing an advance copy of “Every Little Step,” which comes out June 13.

Brown also claims in the book that he had sexual affairs with Madonna and Janet Jackson.

In an interview with US Weekly promoting the book, Brown also said that Houston’s long-rumored secret affair with her best friend and assistant Robyn Crawford was true, and that he felt that “if Robyn was accepted into Whitney’s life, Whitney would still be alive today.”

In an excerpt promoting the book in US Weekly, Brown also writes about his romp with a ghost.

“To this day I believe that house was haunted … We would often see white women walk down the hallway … One memorable night, one of the ghosts descended from the ceiling and had sex with me. After you stop laughing, I need you to hear what I’m saying because I’m not making this up. And let me add this: This was before I ever touched any drug besides weed and alcohol,” he writes.

The book also goes into details of Brown’s struggles with drug addiction and the 2015 death of his daughter with Whitney Houston, Bobbi Kristina.