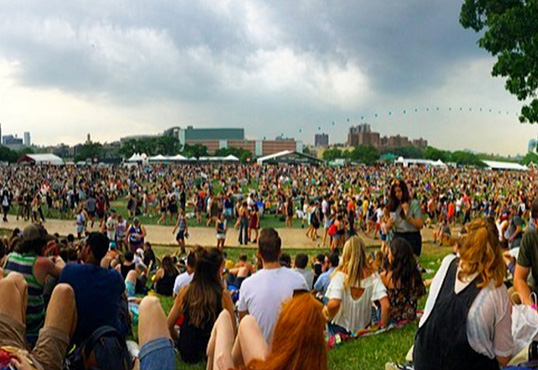 Kanye West and about 20 other acts had their shows canceled on the final day of the Governors Ball music festival in New York because of “severe weather and a high likelihood of lightning in the area,” according to their website.

“We are just as devastated as you,” the statement said.

Yeezy was scheduled to headline Day 3 of the annual festival with his own set, a day after making a surprise appearance at Powerhouse in Los Angeles, where he joined Big Sean on stage for the first performance of his brand new “Champions” track.

Several other Hip Hop acts were impacted by the change.

Prophets Of Rage, the new group made up of members of Public Enemy, Cypress Hill and Rage Against The Machine, were supposed to play, and Vic Mensa was ready to show off music from his newly released EP.

POR will play @WarsawConcerts in Brooklyn tonight in place of cancelled @GovBallNYC show. No line ups before 4pm. pic.twitter.com/qL2F6HgnQ0

GOVERNORS BALL GOT CANCELED. IM THROWING A #RAINCHECK SHOW AND BUYING THE 1ST 150 TIX FOR U. NYC WEBSTER HALL pic.twitter.com/6PPu74pT2f

Joey Bada$$ and Vince Staples had bad luck with the festival, with their Day 3 shows getting rained out, in addition to their solo concerts getting canceled in the wake of the shooting at Irving Plaza on May 25.

The festival says ticket holders will be getting their money refunded. More details at their website.