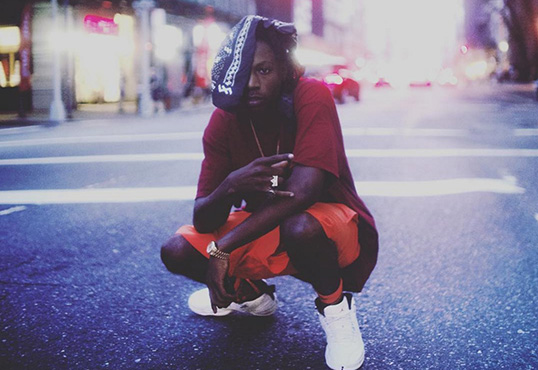 It looks like it’s more than just Joey Bada$$ whose show has been canceled following the shooting at Irving Plaza on May 25.

Rolling Stone also reports that Guns N’ Roses cover band Appetite For Destruction had their June 3 Gramercy show nixed too, although Live Nation’s site is still selling tickets for it. All of the other shows have been updated to indicate the cancellations.

Earlier, an NYPD rep told HipHopDX “the organization’s decision to cancel the event was in no way influenced by the NYPD.”

Wednesday’s show at Irving (Train playing the music of Led Zeppelin) went on according to schedule.

It looks like it might be getting tougher to book a concert in New York City these days, after last week’s shooting at Irving Plaza and the sudden shuttering of Santos Party House.

Joey Bada$$ appears to have been hit with venue issues now too, announcing today (June 1) that his June 2 show at Irving Plaza had been canceled. In a since-deleted tweet captured by XXL, he blamed the NYPD for the cancellation, and then followed up with a less specific explanation.

An NYPD spokeswoman said the police aren’t to blame.

“The organization’s decision to cancel the event was in no way influenced by the NYPD,” police rep Sophia Mason told HipHopDX in an email statement.

As of press time, tickets for the show are still available on the Live Nation site, and there has been no official announcement on Irving Plaza’s Twitter or Facebook.

The show is co-presented by MTV and the Governors Ball Music Festival.

HipHopDX reached out to both Irving Plaza and Governors Ball for information on the show’s cancellation but didn’t hear back.