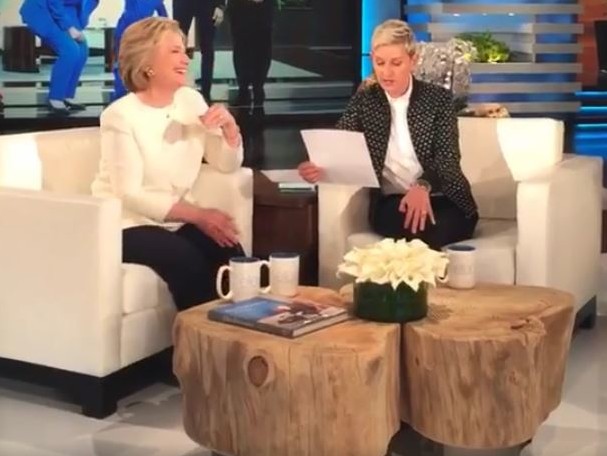 Hillary Clinton On Beyonce's "Lemonade": "It Is Great"

Weeks after revealing that she does in fact have hot sauce in her bag, Hillary Clinton has offered her thoughts on Beyonce’s Lemonade album. According to Rolling Stone, during a Q&A segment on The Ellen DeGeneres Show, Clinton was asked by Taylor Swift if she’s heard Lemonade.

“I have seen parts of it, and I do like it. It is great,” Hillary Clinton said in response to the question, which was asked during a Facebook Live segment for the show.

Beyonce’s newest album was again brought up as Clinton took part in a televised game of “Who’d You Rather,” on the show. Beyonce, Michelle Obama, George Clooney, and Leonardo Dicaprio were among the celebrities Clinton had to choose from as her pick for vice president.

“I really believe in making lemonade out of lemons,” the presidential hopeful said after Beyonce was brought up during the game.

While taking part in an interview with The Breakfast Club weeks ago, Clinton doted on a Beyonce performance she witnessed, during Michelle Obama’s birthday party.

“I went to Michelle Obama’s birthday party and Beyonce performed. It was so amazing. We were in the East Room of the White House,” Clinton said.

Video of Hillary Clinton offering her thoughts on Beyonce and Lemonade, can be found below.