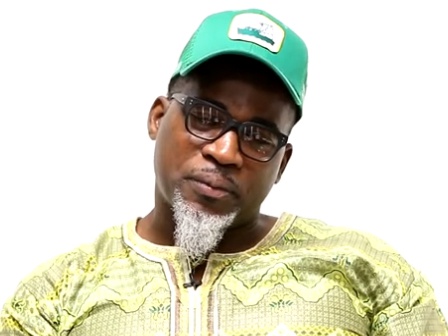 David Banner offered a series of questions to Hillary Clinton over past comments she made about “gangs of kids” evolving into “super predators.”

While Hillary Clinton has received support from a handful of rappers, the presidential candidate was recently grilled by Mississippi wordsmith David Banner, in a post he made on Twitter yesterday (March 8).

In his post, Banner brought up Clinton’s past “super predator” comments and asked the following questions: “What exactly do you plan to do to repair the hundreds of thousands of lives that you and your husband have admittedly ruined through your biased anti crime campaign? What is the time line? ‘I apologize’ and ‘I am wrong’ is not good enough. We will wait for your answer.”

Clinton’s exact statement on super predators, which was made at an appearance at Keene State College in 1996, is as follows: “[They’re] not just gangs of kids anymore. They’re often the kinds of kids that are called super predators. No conscious. No empathy.”

The presidential candidate was questioned about her past “super predator” comments, during the CNN Democratic Debate in Flint, Michigan, earlier this week. According to Clinton, who did admit to using “a poor choice of words,” she was referring to drug cartels.

“Well, I was speaking about drug cartels and criminal activity that was very concerning to folks across the country,” Clinton said. “I think it was a poor choice of words. I never used it before. I haven’t used it since. I would not use it again.”

David Banner’s series of questions for Hillary Clinton, can be found below.