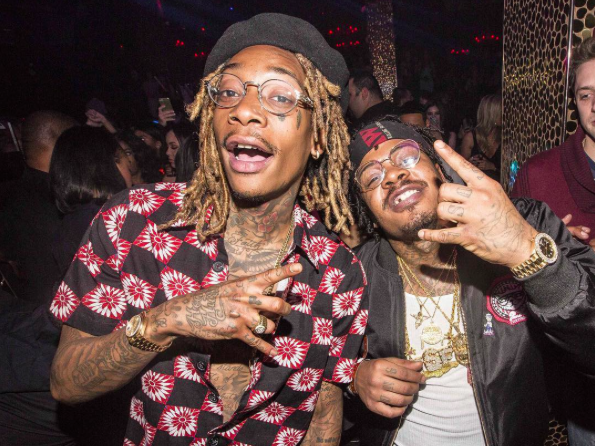 “He tell me keep on giving out this energy I been giving, for one,” Sosa says in an interview with DJ Smallz. “Keep dripping on ’em. Drippin’ gon’ always be Sosa. Making people love who I am because no one’s going to change. You gon’ always be yourself.”

Wiz Khalifa announced the news of Sosa’s signing on Twitter, officially welcoming him to the Taylor Gang family in March shortly after releasing his mixtape Sauce Eskobar. The project also happens to feature Wiz on “Not The Vine.”

In 2009, fellow Houston rapper Trae Tha Truth connected Young Sosa with Mister Cap while he was still hustling in the streets.

SosaMann recalls trapping out to Wiz Khalifa‘s earlier music as a fan before the GRAMMY-nominated rapper was ever considered for a GRAMMY. Their relationship naturally grew into a friendship to which Sosa says signing to Taylor Gang just made sense for him as he considers it perfect timing.

“They know me,” Young Sos says. “They know what I’m about and I just look at Wiz like a big bro and he’s successful right now. Why not be with somebody who know me? Who wanna see me do good and follow my vision and just wanna tell me if this the right steps. Or, give me pointers on the steps I’m taking. If it’s the right one or the wrong one.”