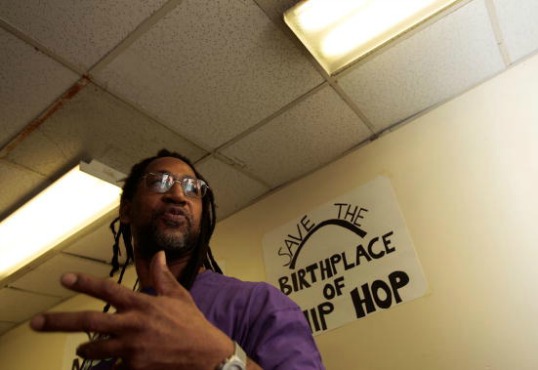 New York City, New York – DJ Kool Herc, the man largely credited with being the Father of Hip Hop, is none too pleased with HBO for using his name and likeness for their hit show Vinyl and he’s taking legal action to get what he feels infringes on his rights.

The Hollywood Reporter has learned that Kool Herc, born Clive Campbell, is suing the premium channel over the use of his identity, name and voice in the drama, particularly a character portrayed by actor Dominique Johnson named Kool Herc.

“The Defendants’ actions demonstrate an intentional, willful, and malicious intent
to trade on the goodwill associated with the Kool Herc” and “Herc” names to the irreparable,” the lawsuit filed by Campbell’s attorney, Taso Pardalis reads.

“It’s beyond us why HBO and the producers of Vinyl, a successful show about artists and music, would hurt an artist like Herc who has contributed so much to the music industry.”

Interestingly enough, the lawsuit also claims that HBO approached the 61-year-old Hip Hop pioneer before the show aired, offering him a consulting and licensing fee that alludes to being considered an insult.

“After the commencement of filming the Show, but prior to its airing, employees
and/or representatives of the Defendants approached the Plaintiff with a contract that sought the waiver of Plaintiff’s overall rights and consultation services in exchange for only ten thousand dollars,” with emphasis on the word only.

Meanwhile, HBO responded to the suit, writing “We are confident there is no validity to the claims.” Due to a high critic approval rating, the network renewed the series for a second season well before the first one had come to a close.

During the 1970s in the Bronx, Kool Herc scratched funk records from the likes of James Brown and Booker T & the MG’s, ultimately birthing the sound of Hip Hop as we’ve come to know it. The show’s premise, also set in the 1970s New York City area, was created by the likes of Martin Scorsese, Mick Jagger, among others.

The full lawsuit documents can be seen here.