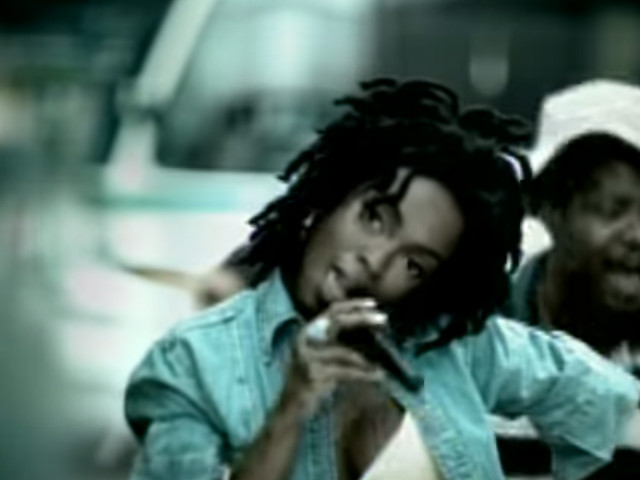 Atlanta, GA – Fans shouldn’t even be surprised when Lauryn Hill does not show up to a performance on time. The legend has made a reputation for arriving late to her shows and followed in that precedent when she showed up two hours late to a show in Atlanta yesterday (May 6), according to the Atlanta Journal Constitution.

Ms. Hil’s set at the Chastain Park Amphitheatre was scheduled to start at 8 p.m. and she came on stage at 10:20 p.m. Fans booed her upon her arrival.

She performed for 40 minutes before the venue had to close due to curfew. She gave renditions of “Mystery of Iniquity,” “Everything is Everything” and “Ex-Factor” before her sound was cut off and she resorted to taking a few pictures with fans.

A video surfaced of Hill attempting to explain her late arrival. Someone asks why she made it to a 4:00 sound check and not the actual show.

NOT him dragging Lauryn to her face. She deserved it though! pic.twitter.com/zEuYUbnWoE

Twitter erupted while fans were waiting and complaining about the Fugees member’s tardiness. “Lauryn Hill” was a trending topic on the social media site throughout the night and still is at the time of publication.

Many who weren’t in attendance expressed relief that she was trending for being late to a concert and not for dying. The Hip Hop community has lost Prince and Phife Dawg so far in 2016. Rockstar David Bowie also passed away in January.

View tweets about Lauryn Hill’s tardiness to an Atlanta show below:

When you see Lauryn Hill trending & you're still paranoid because of Prince, but it's because she's late AGAIN pic.twitter.com/cD4PbRxS5q

Lauryn Hill was the last one to show up for the All-State music competition in Sister Act 2. This is a decades-old habit.

the misprofessionalism of lauryn hill.

Mom: We should go see Lauryn Hill. Its only $20

I saw Lauryn Hill trending and thought she died. But she was just late to her concert to no ones surprise.

Yeah. Im not paying for a Lauryn Hill concert in 2016. She gotta show up and perform first. They can charge me on my way out.

I wrote a paper about Lauryn Hill in the 7th grade and got points off for turning it in half a day late. I should have gotten extra credit.