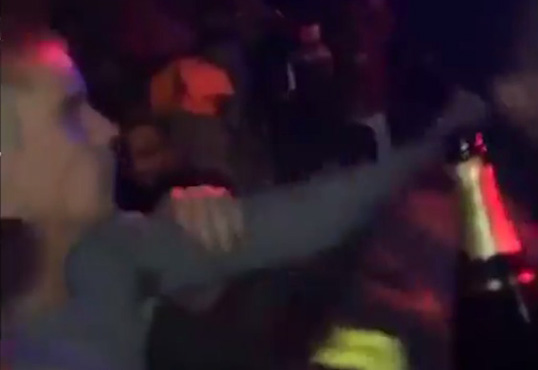 Justin Bieber Shoves Desiigner For Stepping On His Kicks

New York City, New York – Desiigner has been stepping on toes for much of his short career. His “Panda” song rose to #1 on Billboard’s Hot 100 chart with a sound that is regularly compared to Future’s, and he’s trolled the Atlanta rapper on Instagram and with a track called “Pluto,” the same title as Future’s album from 2012.

But stepping on toes in the literal sense got the 19-year-old rapper from Brooklyn into a small scuffle with Canadian pop superstar Justin Bieber, reports TMZ.

During a rowdy performance at a crowded NYC 1 OAK nightclub on May 5, Desiigner jumped into the VIP section where Justin Beiber was watching from and stomped on his feet multiple times, said TMZ.

A clip of the interaction shows Bieber responding with a stiff straight-arm. Desiigner turned and apologized to the singer with a quick “My bad,” according to reports.