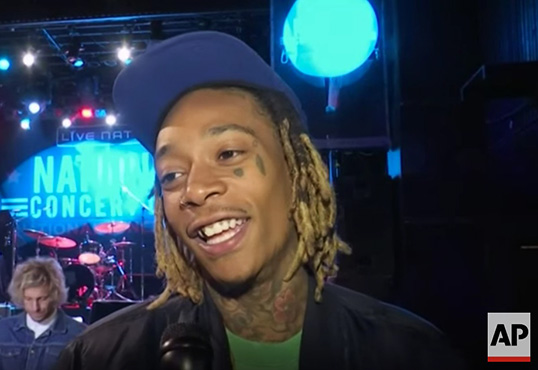 New York, N.Y. – The best way to abruptly and awkwardly end a conversation with Wiz Khalifa? Ask him about Kanye West.

Speaking with an interviewer the day after May 2’s Met Gala, the “Bake Sale” rapper described the event as a cool experience, with “a lot of hot chicks.” When asked about Kanye West’s much-buzzed-about colored contacts, Wiz quickly responded by saying “Don’t ask me about that guy.” He then laughed and walked away from the interview.

Wiz and Kanye went at it in a highly publicized back-and-forth on Twitter in late January. Days later, Kanye revealed that he had spoken to Wiz on the phone and that the two had settled their differences. Wiz also seemed over the argument when he told an interviewer “everything is all good” in early February.

Check out the short clip below: