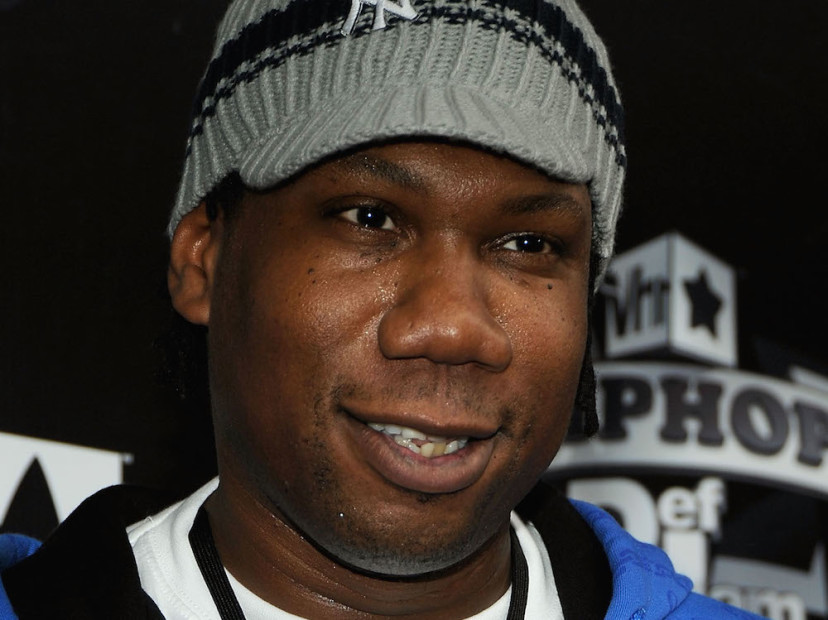 KRS-One believes that his words were taken out of context when he spoke about allegations that Afrika Bambaataa sexually abused multiple teenage boys. The Boogie Down Productions rapper took to his website to issue a statement to clarify his comments and decry the media for distorting his words.

“I have just arrived in Barcelona; sorry for the delay. In response to the responses and comments made after my interview with Nore, I am taking this time to clarify some of my statements to those that seem to be confused about my remarks regarding the controversy surrounding Afrika Bambaataa,” KRS-One says in an essay entitled Keep the Focus and Ignore the Haters [Part-One]. “One headline that I had read stated ‘KRS-One Doesn’t Care If Afrika Bambaataa Molested Kids’. Wow! Really? Fortunately, anyone can go to the audio and/or video recording of my entire interview with Nore and see for themselves just how irresponsible such headlines are. It seems that people will say anything these days to draw attention to their site.”

KRS-One has a song, “We Don’t Care Anymore,” which was a part of the 2003 compilation album D.I.G.I.T.A.L. He says he does not find it amusing how the media played off this in order to get page views. He says that he is concerned about the well-being of all youth and does not condone sexual abuse and is seeking to remove himself from the controversy, which he calls “sensationalist gossip.”

“I am indeed concerned about the accusations made against Afrika Bambaataa, but I will not become entangled in a controversy that seems to be less about justice and more about self-promotion and revenge,” he says. “Of course, I care if a young person is being abused or even neglected, my entire life is based upon the protection and further development of young people; I teach and inspire young people every day! But, as you can see, irresponsible headlines like ‘KRS-One Doesn’t Care If Afrika Bambaataa Molested Kids’, and trying to turn a funny song I did years ago into some kind of question regarding my character is precisely the type of sensationalist gossip which I really don’t give a fuck about! Let us have Focus And Ignore These Haters.

“I said then as I am saying right now, it is not that I don’t care at all about the accusations made against Afrika Bambaataa;” he continues, “I am saddened at the whole controversy and how it is being handled. It is not that I don’t care, it is more the fact that I don’t gossip, I don’t take sides in real disputes that don’t concern me, I don’t slander people’s names and I don’t believe in abandoning your friends when they may be accused of crimes or make mistakes in life. What is so confusing about that? My position is clear! At this moment, all I am seeing and hearing regarding Afrika Bambaataa is gossip and sensationalism, and like I have already said, “I really don’t give a fuck about all that!” I don’t apply my mind to gossip and slander. Slandering the accused for the sake of slander is not justice, nor is it the seeking of justice. I would like to see justice and healing for both the accusers as well as for the accused. But continuous slander and disrespect are not healing anyone or even correcting the situation. Disrespect and slander is NEVER an indicator that true justice is being sought. Disrespect and outright slander proves personal vendettas and revenge against the slandered, and I don’t participate in such immaturity, nor am I naïve to political set-ups and character assassinations.”

KRS-One concludes with a call for the audience to examine itself and strive for a culture of love and understanding and asks for Hip Hop to look for more meaningful conversations.

“Instead of using one’s mind and time to gossip about Afrika Bambaataa, I think we should look closely at what it means to hate,” he says. “There is no forgiveness, justice or healing on any level when hate is involved. Hate is also a federal crime, as well as a spiritual disease. There is no victory with hate, and hate is what is leading the charge against Afrika Bambaataa; not justice or even healing or reconciliation. Only love conquers all! And within the character of love is forgiveness, and healing, and loyalty; this is what is needed at this time. Hate reveals itself for what it really is—evil! It cannot see clearly so it exposes itself at every turn, and those that truly love can see it. Hate is indeed self-destructive, and this is what real Hip Hop must avoid at all cost. Only love sees clearly. Only love is consistent because only love is UNCONDITIONAL. Love shows us the full life of the accused; not just the accusations brought against the accused.

“So, in closing, I would ask that you not expect KRS-One to seriously lend his mind to such sensational issues when there are larger, and frankly more serious, issues concerning the future and global existence of Hip Hop,” he says. “Issues pertaining to the correct documentation and updating of Hip Hop’s global history, the colonization of Hip Hop by the university system, Hip Hop and Healthcare, Hip Hop and Education, Hip Hop and urban policing, Hip Hop’s relationship to the White House, Hip Hop recognized as an American-born culture with federal protection and its own tax benefits, more touring and recording opportunities for our youth, our Hip Hop City, and so on. These are the things that serious Hip Hop scholars, artists and journalists are discussing. And by the way, Nore and I did discuss other issues pertaining to song-writing and my present battle with M.C. Shan, to police misconduct and creating a Hip Hop currency, but for some reason the controversies surrounding Afrika Bambaataa is what our entire conversation has been reduced to with deliberately disrespectful statements like ‘KRS-One Doesn’t Care If Afrika Bambaataa Molested Kids’ as the main focus of our interview. This whole thing is childish and immature, and this is precisely why our community remains in the powerless state we find ourselves within today. Am I the only one that sees this? I think it’s time we grew-up!

“Serious students and apprentice of our culture can review paragraphs 20 through 29 of the Eleventh Overstanding of the Gospel of Hip Hop pages 470 and 471 for further insight on this matter,” he says. “During Hip Hop Appreciation Week (May 16th—22nd 2016), I will also be releasing a special instructional video entitled ‘An Introduction To Hip Hop’ for those interested in upgrading their teaching of Hip Hop; go to KRS-One.com for viewing. And of course, check-out my new music project ‘Now Hear This’ with two new bonus tracks also available at KRS-One.com. This is what’s important, not gossip and slander with no attempt at real justice. Instead of seriously tearing each other down, let us consider seriously building each other up! Guard your soul; seek peace always.”

When it comes to allegations that Afrika Bambaataa is guilty of child molestation, KRS-One has made his stance clear.

“For me if you keep it Hip Hop, nothing can be taken away from Afrika Bambaataa. … But if you want to dig into dude’s personal life and accusations that’s being made and so on,” the Boogie Down Productions rapper said during an interview on N.O.R.E. and DJ EFN’s “Drink Champs” podcast. “Personally — me personally – I don’t give a fuck. Look, if somebody was harmed or whatever, y’all gotta deal with that shit. Deal with it. That don’t stop Hip Hop. That don’t stop what you did for Hip Hop. It don’t take away none of it. History is history. But deal with that. That’s personal.”

During his recent interview, KRS-One said the allegations may not be true. And even if they are, he said, he deals with people who have been convicted of crimes often.

“Controversy is not truth,” KRS-One says. “What you want is truth right now. But truth is also not information. It’s not gossip. It’s not even conversation.

“I deal with dudes that are questionable all the time,” he continues. “Not even just if the accusation is rape. If you know anybody from prison, if you know anybody from the shelter, if you know anybody – if you’ve lived really in the hood, you know shooters. You know dudes running from the cops. You know your man might have an open warrant on him right now. I’m not judging these motherfuckers, man. That’s my nigga right here, yo. That’s it. Now what you do and your crime, and your shit and your bullshit, whatever you’re doing, that’s on you. That’s you, my G. That’s how I always dealt with it. I can’t pick and choose.”

Afrika Bambaataa and Zulu Nation have issued statements denying the allegations, labeling them as attempts to tarnish Bambaataa’s reputation and his legacy in Hip Hop. Savage is pushing to change the statute of limitations in New York that prevents victims of sexual abuse from pursuing charges after their twenty-third birthday.