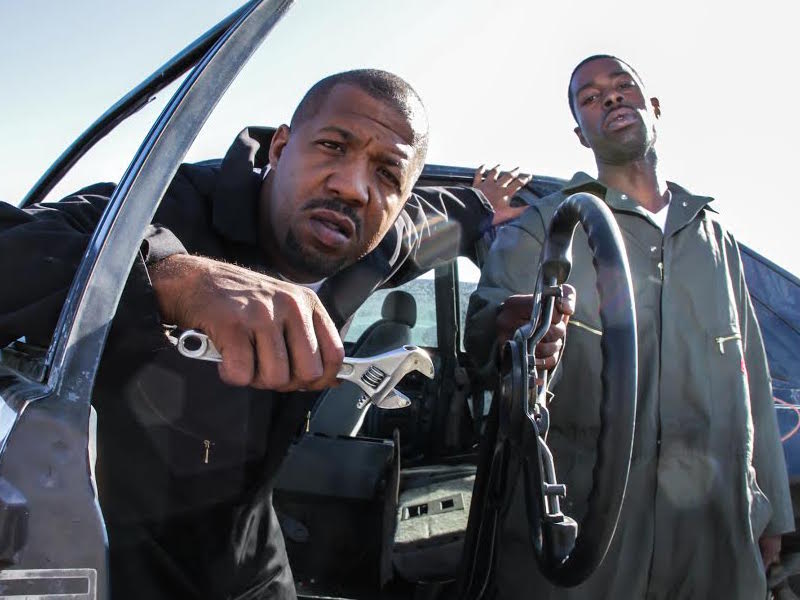 The Mekanix is releasing its Under The Hood album featuring E-40, Too $hort, Dru Down, Ras Kass, B-Legit and others June 3.

The production duo’s forthcoming project on EMPIRE has 4 rAX and Kenny Tweed building on its signature sound, the modern era’s version of mobb music.

“With this project, we wanted to expand our sound and rebrand ourselves,” 4 rAx says during an exclusive interview with HipHopDX. “For this project we have more radio-friendly songs, songs for the young crowd, songs for the ladies. We’re always hands-on with everything – from creating the beat, writing the hooks, sequencing, mixing, and sometimes mastering the songs. Sometimes we coach the artists, help with vocal arrangements, melodies, and help bridge the gap between artists.”

Under the Hood features San Francisco Bay Area pioneers underground icons B-Legit and Dru Down as well as Mix Dre and Silk-E on “Spoiled,” while single “On My Hustle” features Iamsu!, Keak da Sneak, J. Stalin and 4 rAx.

“For the features, some people we reached out to, some people sought after us,” Kenny Tweed says during an exclusive interview with HipHopDX. “We’ve been in the game for years so our contact list is big. One of our favorite groups of people on a track is the song ‘2 Hands,’ which features E-40, Richie Rich, and Too $hort with Loverboi singing the hook. That combo of artists exemplifies loyalty, love, timeless relationships and a resume of great music. We knew the chemistry would be great for that song.”

The Mekanix’s Under the Hood cover art and tracklist are as follows, as is the premiere of the “On My Hustle” video featuring Iamsu!, Keak da Sneak, J. Stalin and 4 rAx.