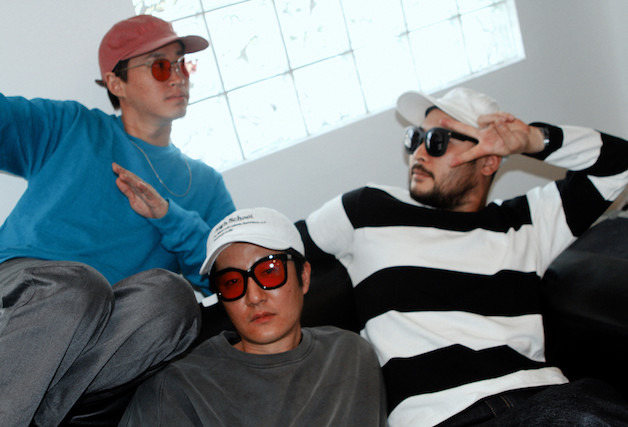 “It’s the first time going to Coachella, so I didn’t have any preconceptions about it,” said Tablo alongside DJ Tukutz and Mithra Jin at DJ Skee’s Skee Lodge.“We got there and saw these amazing people and musicians that we love.”

Spending their mid-day Sunday at the festival’s Sahara stage couldn’t have been a better moment for Epik High, who went from local underground rap mainstays to pop royalty in Korea.

“When we first came on, the crowd was about 100 or 200 and, at first, we were like oh no,” Tablo said. “We did a couple of songs and people started filling in.”

By the time their set concluded, a hefty amount of individuals packed the crowd.

Epik High represents a growing trend of artists from The Land of the Morning Calm to reach American shores. Last year, Diplo utilized their YG Entertainment label mate CL for “Dr. Pepper” alongside OG Maco and RiFF RAFF. “CL and her song with Diplo is something we couldn’t have imagined 12 or so years ago,” continued Tablo.

“Watching the creativity of Keith Ape is something different from what we could also imagine back then,” Tablo explained. “At the same time, it’s important for groups like Epik High to stay rooted in what is called ‘old school’ now.”

Makes absolute sense for Epik High to stay in a lane more rooted in Hip Hop traditions. All three grew up on A Tribe Called Quest, Dilated Peoples, Rakim, Nas and anything from Rawkus Records.

“We just loved the music and the one day we decided to become a group, all of those elements had to come into play,” added Tablo.

Taking things one step further, Tablo even collaborated with Joey Bada$$ last year for “Hood” which flew under-the-radar stateside but became a hit in Korea. “I love working with artists who are on the rise because they are hungry and passionate,” Tablo said. “People like Joey Bada$$ are the most inspiring thing in the world.”

“We were one of the first to hit #1 and outsell other genres,” said Tablo. “Because of all of these artists, you can look at the charts and it’ll be filled with Hip Hop and R&B.”

In America, it’s rare to see rap groups last 14 years without a major breakup. According to Tablo, their ability to stay together is attributed to ensuring all members stay levelheaded.

“We constantly make fun of each other and never give each other props or credit for anything,” Tablo describes. “No one can get a big head because the moment you start acting cooler, you have two people making fun of you. We’re all kept humble and have fun at the same time.”