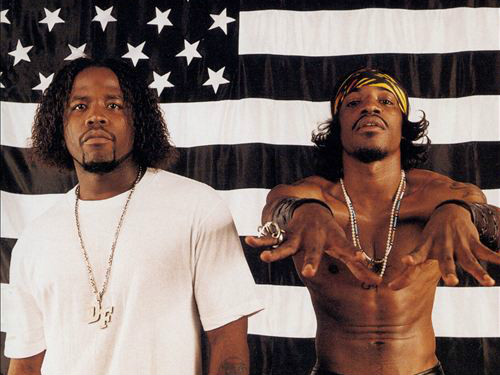 Jeopardy showed Hip Hop some love on a recent episode.

According to Big Boi, the television game show used rap groups for the clue to the answer “The City of Atlanta.” The Outkast rapper posted a screenshot from the contest to Instagram yesterday (April 18).

“A studio used by acts like Outkast & Future, ‘The Dungeon’ in this Southern city started in a suburban basement,” the clue says.

“Dungeon Family on Jeopardy ! #WeDf #TheArtOFOrganizedNoize ? ” What Is Atlanta ” Big Boi writes for the caption.

Dungeon Family, made up of Outkast and Goodie Mob, has been back in headlines lately because the Atlanta production group Organized Noize released its Netflix documentary The Art of Organized Noize last month. Future is also tied to the group because he was mentored by Organized Noize member Rico Wade.

This is not the first time Jeopardy has recognized rap. Last year, contestants answered a series of questions under the category “The 1990s Rap Song” and on another show, Nipsey Hussle was part of a clue for a question.