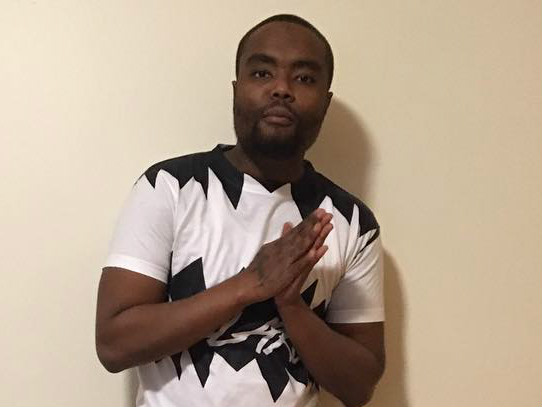 Philadelphia, PA – There were multiple shootings yesterday (April 17) in Philadelphia that left 10 victims, including three fatalities, according to NBC Philadelphia. One of the victims was identified as the rapper Quilly by AllHipHop.

Quilly was reportedly shot in the second round of violence. A gunman opened fire on three men at the corner 9th and Ontario in North Philadelphia. This was one of five shootings within the span of four hours early yesterday morning. Police did not make any arrests and say they have not identified a motive for the shootings.

NBC says that police report all three men in the second shooting were in stable condition, but according to an Instagram post from Philadelphia resident and Express Urself Urban Crisis Response Center coordinator Terry Starks, Quilly is in critical condition.

“Just got news @darealquilly IS IN CRITICAL CONDITION AFTER HIS HOUSE GOT SHOT UP !” the caption says. “WE CALLING ALL ENTERTAINERS TO A IMMEDIATE FORUM OUR CITY IS IN RAGED SO BAD THAT ANYBODY OR ANYTHING TRYING TO MAKE IT OUT BECOMES A TARGET ! PHILADELPHIA PRAY FOR@darealquilly AND PRAY FOR UNITY IN THIS CITY PLEASE PHILADELPHIA COME TOGETHER A FOUR YEAR OLD TODAY NOW THIS ?”

The shootings came a day after an incident where a 4-year-old girl was shot and killed inside a Philadelphia home. Her father was charged with third degree murder, manslaughter and reckless endangerment.

Quilly started his career as a battle rapper under the name Quilly Millz. He has been pictured in the studio with Dave East, French Montana and Lil Durk. Quilly released Quilly 3 in March.

View Terry Stark’s Instagram posts with information about Quilly being shot below:

PRAYING FOR YOU @darealquilly O ALLAH PLEASE HEAL HIM TO HIS SAME STATE ! AMEEN

In this city when you about to make it this city will try to take it . PRAYERS GOING UP AND INSTEAD OF WORRYING ABOUT IS TRUE WORRY ABOUT HOW WE ALL NEED TO COME TOGETHER TO BURY THE HATE IN OUR CITY ITS GOING TO BE A DEADLY SUMMER AND NUTTER DESTROYED THIS CITY AND LEFT IT TO JIM KENNY TO PICK UP THE PIECE NO MONEY IS BEING TRICKED DOWN INTO THE COMMUNITIES BECAUSE EVERYBODY GOT THEY HAND IN THE COOKIE JAR THAT EDUCATION THEY TEACH US IS TO KEEP US POOR AND THE SECRET IS LET THEM SHOOT UP THE PLACE SO THE NEIGHBORS WONT VOTE So WE Can STEAL THE PUBLIC RESOURCES AND USE IT FOR POLITICAL AGENDAS