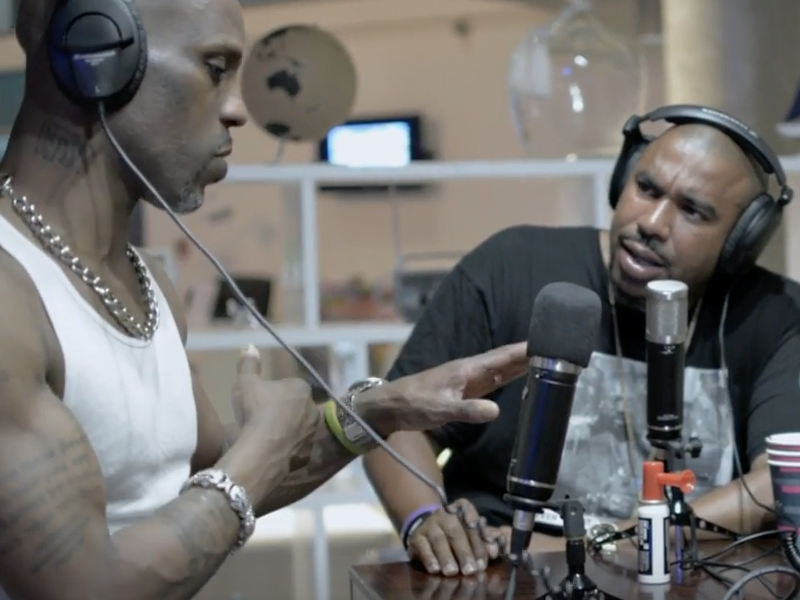 DMX claims that Puff Daddy offered him double Def Jam Recordings‘ offer to sign to Bad Boy Entertainment after passing on signing him.

During an interview with Drink Champs, Dark Man X discussed a late 1990s meeting with Puff Daddy at a Yonkers, New York studio.

Even though Puff Daddy dismissed his talent, DMX says he has no hard feelings about the incident.

“One thing I respect about Puff is that at least he told me to my face what he felt,” DMX says. “[Ruff Ryders executive] Dee told Puff, ‘If you like the Lox, you’re gonna love X.’ I spit, or whatever, and he was like, ‘Uhh. His voice too rough and you’re not marketable.’ [I] didn’t like it, but I had to respect it.”

Puff Daddy had already signed The Lox to Bad Boy. When the emerging mogul found out about three weeks after their meeting that DMX was signing to Def Jam, Puff Daddy had a change of heart about DMX.

“I respect that about Puff,” he adds. “A lot of muthafuckas, they send you on a wild goose [chase]. They won’t tell you [no]. They’ll be like, ‘Call me later.’ I respect the fact that he told me to my face. ‘You know what? Your voice is too rough and you’re not marketable.’”

His second album, 1998’s Flesh Of My Flesh, Blood Of My Blood, sold more than 3 million copies. He became the first artist in music history to have his first two albums be released in the same calendar year and both debut as the #1 album in the country.

DMX’s best-selling album, 1999’s …And Then There Was X, sold more than 5 million copies.

In addition to his recording career, DMX starred in several successful films, including 1998’s Belly, 2000’s Romeo Must Die and 2001’s Exit Wounds.