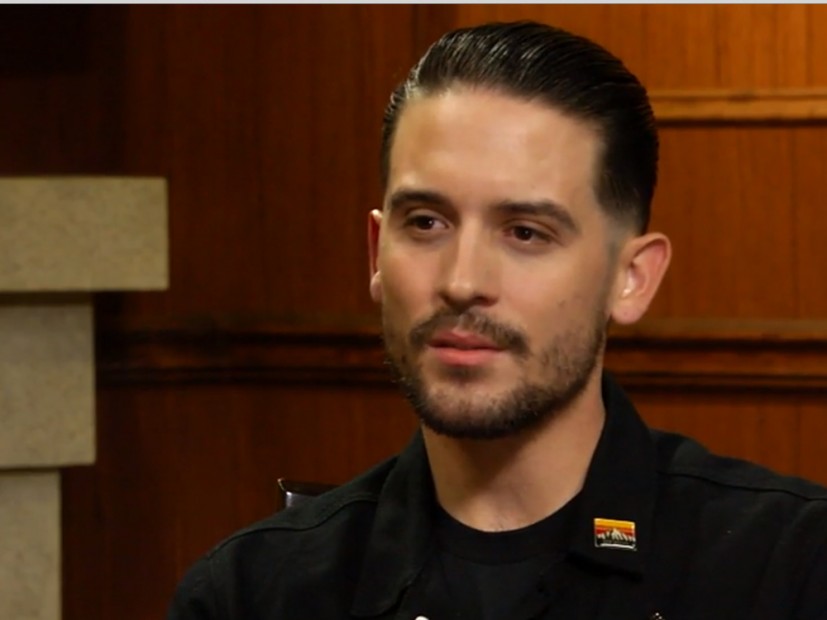 G-Eazy sat down with Larry King to discuss his own brand and the talk show host asks the Bay Area rapper about comparisons to Eminem. G-Eazy made the comparison himself on “Calm Youself” off his latest offering, When It’s Dark Out when he raps “Fuck it I’m the coldest white rapper in the game / Since the one with the bleached hair,” referring to when Eminem would dye his hair white blond.

“I don’t think anybody likes being compared to anybody,” G-Eazy says to King. “That’s beyond an honor, Eminem’s the greatest to ever do it, to be even put in a sentence.”

Besides being thankful for the compliment, G-Eazy says that people instinctively group rappers together, whether the artist likes it or not. Both G-Eazy and Eminem are White rappers in a culture that is predominantly Black.

“I don’t think anybody likes to be put in a box of any kind,” he says. “But the world needs boxes. The world needs categories. It just comes with the territory.”

King then asks the “Me, Myself and I” rapper wha sets him apart from other lyricists. G-Eazy details how rappers and listeners connect.

Watch the clip of G-Eazy reacting to Eminem comparisons from Larry King below: