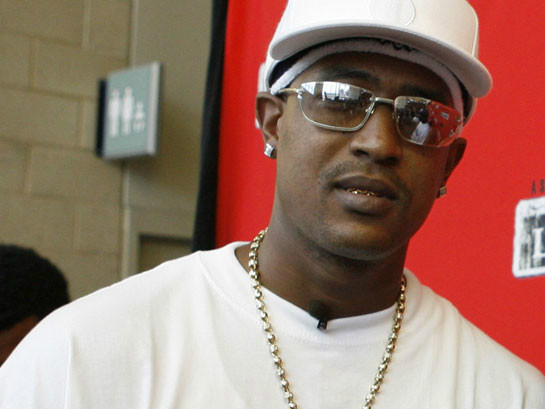 With the release of his “Dear Supreme Court” song, C-Murder might have broken the rules at the Louisiana State Penitentiary at Angola, where the rapper is serving a life sentence.

According to The Advocate, Louisiana Department of Corrections is investigating whether C-Murder, born Corey Miller, recorded material from behind bars, which is not allowed at the prison.

Spokeswoman Pam Laborde says the investigation started in January when news surfaced of C-Murder’s forthcoming Penitentiary Chances album, a collaborative project with Boosie Badazz. The project is slated for an April 15 release.

Laborde says that when questioned, the No Limit rapper denied recording while in the facility and said that all material that has been released since he entered the prison was recorded before he began serving his sentence.

A report by the Huffington Post says that “Miller sang the lyrics himself,” but his team would not explain how C-Murder recorded the song.

C-Murder has a request pending for the Supreme Court to grant him a new trial. In the case, he claims that a member of the jury was coerced into ruling and that his legal team has two new witnesses to support his claims of innocence.

The New Orleans rapper was found guilty of second-degree murder in 2009 for the 2002 shooting death of 16-year-old Steve Thomas.

In 2013, the Supreme Court denied Miller’s request to have his murder conviction appealed.

C-Murder recently gave HipHopDX a statement offering a free copy of Penitentiary Chances to President Barack Obama before its commercial release so that the president can hear “hear his plea through his music.” He is seeking pardon from the president.

The rapper’s brother, Master P, told HipHopDX that he hopes President Barack Obama makes a decision in favor of C-Murder.

“We definitely hope that happens for him because he deserves [to be pardoned],” Master P says. “This is not something that he’s done.”