Founding TRU/504 Boyz member and platinum solo emcee C-Murder has been incarcerated since 2009, serving a life sentence for a second-degree murder conviction, stemming from a 2003 nightclub incident. Held in Louisiana State Penitentiary, C-Murder was released this past weekend to attend his grandmother’s funeral.

C-Murder, who is a brother to former No Limit Records’ Silkk Tha Shocker and Master P, joined his family at the event. Nephew Romeo (who currently is an executive and artist at the label), was photographed with his uncle, born Corey Miller (who was forced to remain in his orange prison suit and in handcuffs). Romeo spoke of the event on Instagram. “Being able to just sit & have a conversation w/my uncle @iamcmurder was a blessing. We gonna get you home Uncle C! Love ya #bestmoment #ripbigmamma.” 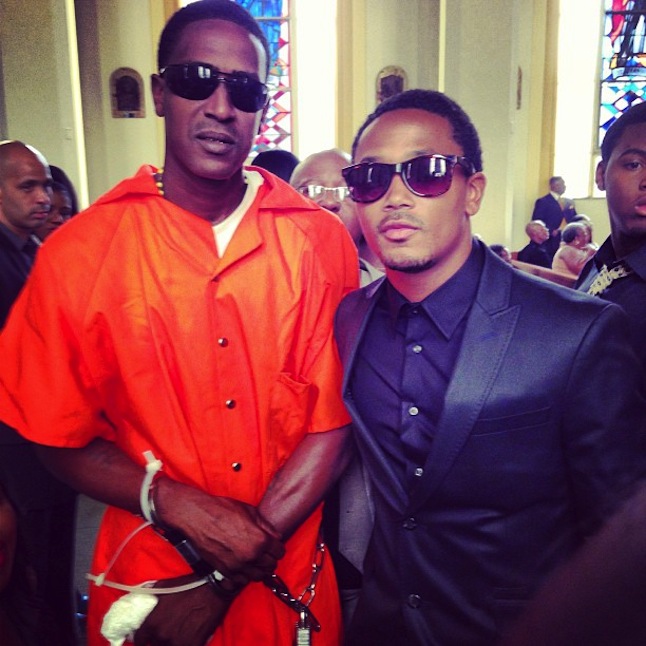 Following 2001’s C-P-3.com, C-Murder founded his own TRU Records, and released a series of projects with Asylum, Koch and RBC Records. Earlier this year, he released Ricochet, a mixtape.