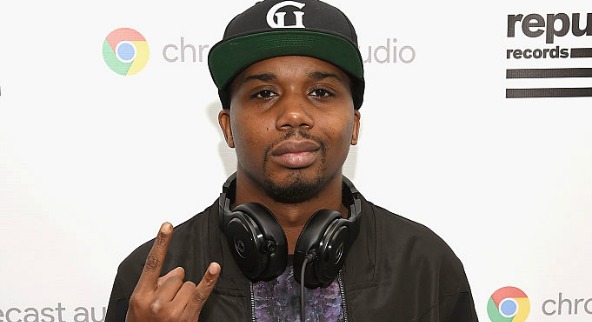 New York City, New York – Nearly a year ago, Charles Hamilton conquered all adversity and returned to rapping after a lengthy hiatus. The comeback cultivated into an EP release at the end of December and his latest announcement proves he hasn’t stopped working yet.

The versatile master of ceremony switched gears and put his producer cap on to create ABRACADABRA, his new impromptu release with C.Young, the burgeoning talent straight outta Planet #RarePlane. Together, they form 3rd Eye Magic with Sonic completely laying down the sonic foundation for the surprise drop and Young showing why his unique skill set would attract such a notable counterpart.

“The main reason is to utilize ‘magick’ in its purest sense..through music,” Hamilton tells HipHopDX about his decision to embark on such a project.

“We could’ve released this rollout with a bunch of videos and singles but that’s not how you’re supposed to experience this,” Young added. “It’s a journey into the subconscious of God.”

The 21-track LP first premiered on Charles’ EnterTheHamilton Blogspot (yes, those still exist) and is currently thriving on SoundCloud. Listen to it below.