Tyrese Makes His Directorial Debut With "The Black Book" 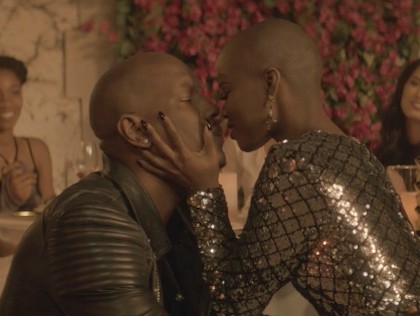 R&B singer Tyrese Gibson made his directorial debut at his own private screening of his new short film The Black Book on Wednesday (March 23).

The private screening took place at the singer’s home which was said to be “decked out with a modern pool, cozy fire pits, multiple movie screens, and GibsiHana — his own version of the Japanese hibachi hot spot Benihana,” according to a report by Billboard.

Tyrese told attendees that he took elements from the romantic film The Notebook and created The Black Book to visually fuse together a series of three songs: Can’t Break Me” featuring V. Bozeman, “Waiting on You” and “Prior to You” featuring Tank.

The Black Book was shot in just three days and features an older couple celebrating their 45th wedding anniversary and with the wife suffering from Alzheimer’s, an older Ty has to travel down a pain-filled path of memory lane.

In the trailer for The Black Book, which was released on March 12, it shows V. Bozeman catching Tyrese in the act of getting head.

“I feel like some of the best movies I’ve seen have some type of resolve to it,” the “Shame” singer told Billboard. “We’ve all experienced trauma and being in dark places, whether it’s relationships, family, losing family members. We’ve all been in that dark place that most of us hope never to have to go back to, but I feel like there should always be something positive, something beautiful. It was just my way of complimenting God. When challenges present themselves, I often say that you will grow through what you go through.”