Talib Kweli Pens Phife Essay: “I Owe Him The World" 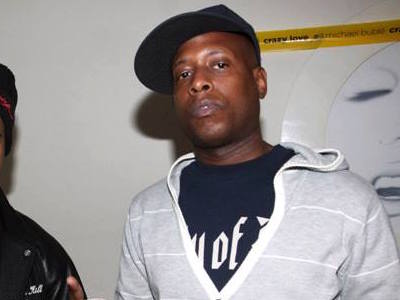 Talib Kweli pens an essay on Phife for Billboard in which the BK emcee details how the A Tribe Called Quest rapper affected his life and his career.

“Phife will forever be a part of the reason for the music I love and make a living from,” Talib Kweli writes in the essay, which was published today (March 23). “And for that, I owe him the world.”

Phife, who had long suffered from diabetes, died yesterday (March 22) due to complications from the disease. He was 45.

Talib Kweli writes that he was particularly fond of one of Phife’s lines from A Tribe Called Quest’s debut album, 1990’s People’s Instinctive Travels And The Paths Of Rhythm.

“When Phife asked David Dinkins to be the mayor on ‘Can I Kick It?’ I felt him,” Talib Kweli writes. “We had never imagined a Black man could be mayor of New York, and I loved the way that Phife found a way to be political through his music. He didn’t make a statement. He asked a question.”

Talib Kweli was also impressed by Phife appearance and demeanor.

“Out of all the members of ATCQ, Phife dressed the most ‘normal,’” he writes. “Ali Shaheed [Muhammad], Jarobi and [Q-]Tip looked like they may have been competing for who could take the most Afrocentric fashion chances, but Phife looked like a dude I went to high school with. He was way more understated. It seemed to me back then that he was the anchor of ATCQ, ready to reel the homies in when they went too far into outer space.”

Talib Kweli also discusses his relationship with Phife’s mom, Cheryl Boyce Taylor, a Trinidadian poet who would come to poetry readings at the Nkiru Books store in Brooklyn where Talib Kweli worked as a teenager.

“She talked about her son Malik with such pride,” Talib Kweli says of Phife, whose given name is Malik Taylor. “She was elated that Hip Hop fans like myself revered him so much. I automatically thought of Cheryl when I heard of Phife’s passing, and she is in my prayers. I cannot imagine having to go through this as a parent, but I know she is strong and will remain so.”