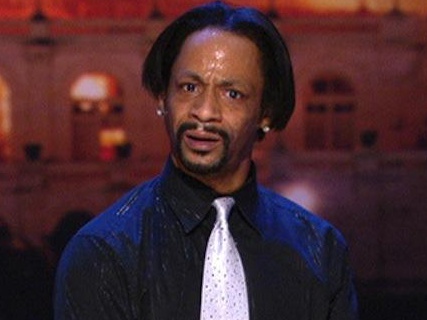 Katt Williams is facing more than social media criticism for punching a 17-year-old after a game of pick-up soccer last week.

WSB-TV2 Atlanta reports that the comedian is being formally charged with disorderly conduct and a bond violation.

Luke Walsh, the teenager who brawled with Williams, is also said to be charged with disorderly conduct. Witnesses say that the comedian was very friendly to the rest of the crowd at the soccer fields and even handed out money. They back Williams’ story that he was incited to punch Walsh because he was trash talking the comedian.

“It was Luke’s fault to be honest,” Alexander Villanueva says.

Law enforcement says each party is being held responsible for his role in the altercation.

Williams is also facing charges for threatening his bodyguard.

A robbery case where he and Suge Knight allegedly stole a celebrity photographer’s camera in 2014 is ongoing as well.

After 17-year-old Luke Walsh shared his side of the story where he was in a confrontation with Katt Williams, the comedian decided to give his perspective of what happened when he got beat up after a game of pick-up soccer.

According to TMZ, Williams addressed the backyard brawl that went viral last week at a show yesterday (March 25) at the Barclays Center in Brooklyn, New York. In his stand-up routine, he says that he fought the teenager to teach him a lesson about smack talking.

“I just want you to have a bloody mouth so that you can have that lesson later, that that’s what happens when you say slick shit to grown-ass men,” Williams says, “’cause maybe them niggas can’t teach you that, but a nigga that can hit you is also a nigga that can pull out a gun and blow your mothafuckin brains out. Why would you put yourself in that position just because you lost a soccer game? But clearly, you probably don’t have no father to teach you that, so bam, you can take that lesson right there. But because I’m a real nigga, I’m only gonna give you that one punch and then you can do whatever you want to do.”

The comedian says that Walsh was trash talking him the entire time they were playing and that the 17-year-old appeared older than his age.

“I thought the nigga was 19 the whole time ’cause the nigga was smoking a cigarette like me, nigga was tall as me, and me and him was the only people on the soccer courts that was cussing,” he says. “I was trying not to cuss because people was recording. But he was saying fuck shit. I was like, ‘Ok.’ I’m like, ‘I like this little boy. He got heart.’ He talked shit about me all game.”

Williams says he tried to control himself, especially because of his recent run-ins with the law including being arrested for threatening his body guard. But he says the trouble kept escalating.

“He said some slick shit and I said, ‘Aye, you know you can’t win this game, so why would you say, ‘Fuck me?'” he says. “And he said, ‘What you gonna do about it?’ I said, ‘Listen, you know I’m in trouble with the motherfucking law. You see all these people recording. But just understand if I can take your ass around this motherfucking corner, I’ll explain to you you don’t talk to grown niggas like that.'”

Williams says the fact that nobody stood up for Walsh as the confrontation got heated created more reason for the comedian to put him in his place.

“All these people in the hood, nobody’s coming, not one person in your hood is gonna step in front and go, ‘Katt, don’t knock this baby out,'” he says. “I’m looking around at all these faces and everybody looking like, ‘Knock that nigga out, Katt. That nigga’s a menace to the community.'”

Williams also addresses those who criticized or mocked him for being put in a choke hold by Walsh, who was a wrestler for two years. He says that his physical capabilities should not be questioned because he served time in the Marines.

“I’m Semper Fi til I die,” he says. “Marine Corps, bitch. I passed motherfucking boot camp at 16. I don’t give a fuck what you say about nothing.”

Watch the video of Katt Williams explaining why he got in a fight with a teenager below:

Katt Williams made headlines again yesterday (March 23) when he got into a brawl with a 17-year-old.

The teenager, Luke Walsh, shared his side of the story with the Daily News. He explains that Williams came and joined a game of pick-up soccer before the altercation ensued. Walsh says that he and the comedian spat because of a typical sports confrontation.

He then breaks down what happened in the video of him and Williams that went viral.

“He took me over to a secluded area and he asked me to hit him,” Walsh says. “I was like, ‘I’m not just gonna hit you. You want it with me, square up.’ Then he sucker punched me so I did what I did.”

Walsh claims he wrestled for two years and that’s why he knew how to approach Williams. He says he was not harmed in the incident.

“It wasn’t even nothing,” he says. “My face is just a little swole, but it wasn’t nothing.”

After the brawl, Williams greeted and took pictures with his fans, but not Walsh.

“I tried to shake his hand and he was, ‘back off little boy,'” the teenager says. “I don’t know if he was sour or something.”

Williams also got in a fight earlier this month at a Beanie Sigel concert.

View Luke Walsh talk about getting in a fight with Katt Williams below:

Katt Williams recently found himself in a brawl with a teenager.

Actor/comedian Katt Williams has taken yet another L this year due to his extreme inability to keep his hands to himself. This time, Williams was taken down by someone who appears to be a teenager named Luke.

Video posted earlier today (March 23), shows the encounter between Williams and the teen, from beginning to end.

At the start of the video, the comedian can be heard saying “Well, then you know what to do then” to the teen, who stands directly in front of him. Seconds later, Williams punches the teen in the face.

From there, the two can be seen tussling on the ground while onlookers request that they “chill” and “stop fighting.” At this point, Williams is in a chokehold at the hands of the teen who ultimately submits to requests that he let go.

Williams found himself in another losing predicament weeks ago at the hands of several onlookers at a Beanie Sigel concert. Similar to this week’s standoff with young Luke, Williams struck first and quickly found himself on the losing end of that encounter.

Video of Katt Williams’ latest brawl, can be found below.