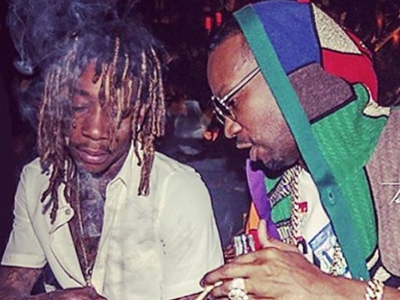 Wiz Khalifa, Juicy J and TM88 are teaming up for a project, which the producer released the tracklist for earlier this year.

Now, Wiz Khalifa shares that the project is entitled Rude Awakening and is set to drop next week.

Me @therealjuicyj and @TM88 decided to call our project Rude Awakening and it drops next week. #TGOD #RudeAwakening #TGODMafia

Juicy J tweeted today (March 21) about a project he has with Wiz Khalifa and TM88.

TM88 later added the tracklist, which is 14 songs and lists one featured guest, according to his Instagram post. One Direction member Liam Payne is highlighted as a guest on “You.”

TM88 and Juicy J were among the producers on Wiz Khalifa’s “Bake Sale,” which was released in January and is featured on his Khalifa album.

The social media posts from TM88 and Juicy J about their collaborative project with Wiz Khalifa are as follows, as is the tracklist: