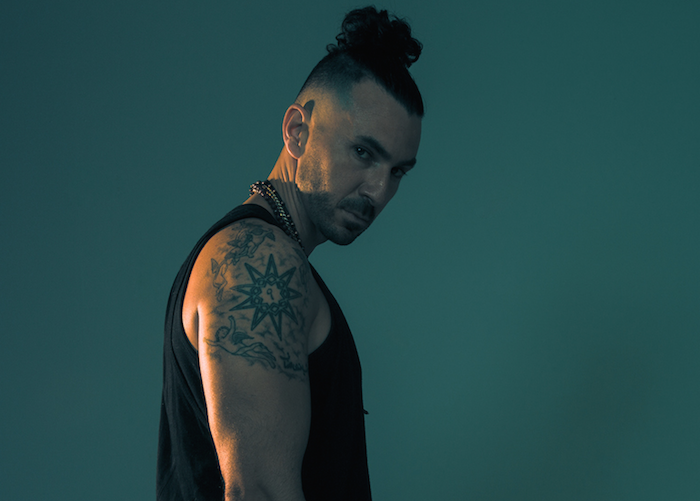 Los Angeles, CA – GRAMMY-nominated producer Benny Cassette stopped through HipHopDX’s music meeting (February 25) and previewed music from his upcoming Broken Hearts & Dollar Signs. Cassette’s signed to Kanye West’s Very GOOD Beats, which is the production-arm to Yeezy’s GOOD Music. When creating the project, he decided to write letters to different people about different circumstances and use that to fuel commentary. One song, “Entertain Us,” which will premiere on Spotify in the coming weeks, focuses on how people use social media to lie about their lives.

“The girls love each of the letters to the ex-girlfriend because it’s honest,” Benny Cassette said during the weekly listening session. “Everyone who hates their phones always relates to ‘Entertain Us.’ This project’s been fun because I never wrote these songs thinking people were going to get what they’re getting out of them. That was literally a personal letter to two people. I have nothing against Instagram or Facebook or Snapchatting. I was just telling those people. I was looking at this girl’s instagram one night and she’s putting up all these thirst-trappy pictures. I’m looking at her like, ‘This is not who she is. She’s just trying to get likes.’ Then there’s this dude I know and he’s putting up pictures of cars that aren’t his and watches that aren’t his and I’m like, ‘This dude can’t afford any of this but it’s all over his Instagram!’”

Cassette also premiered a track called “All Girls Love California” which captures the fascination women have with Los Angeles. His aim was to tackle the stereotypical small-town girl searching for Hollywood stardom over an infectious dance beat.

“I was at a layover at this airport and I started talking to this girl,” he says. “She was super beautiful, like small-town-beautiful. We were talking and she was telling me how she was going to move to LA to be a model and an actress. I was like, ‘Are you sure you want to do that?’ She said, ‘Don’t you know all girls love California?’ I was like, ‘Oh my god, that’s so profound!’ Of course she moves here and she becomes one of those girls. She started dating all the dudes that we know and that are on that kind of stuff. It’s real. I was checking out her Instagram when I wrote her this letter. I thought how awesome would be if I could make a song where I’m talking about that life that she was caught up in but the chorus was a party chorus so that all the girls that are like that would sing along with the song even though they don’t know what they’re singing.”

Benny Cassette is still finalizing the rollout for Broken Hearts & Dollar Signs. He plans to release “Entertain Us” first, then a series of videos leading up to its official release in a couple of months.