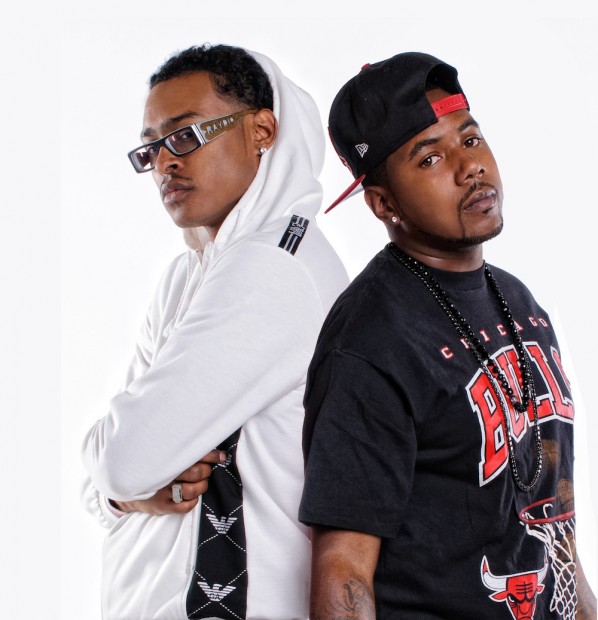 HotStylz Are One Hit Wonders & They're Perfectly Fine With That

One of the last singles closing the “Ringtone” era featuring catchy danceable hooks and simple beats, HotStylz’s “Lookin’ Ass Nigga” – or the more radio friendly “Lookin’ Boy“– was a humorous lyrical exercise in popular hood pastime: the dozens.  Like many early viral internet sensations, a record deal (with RCA) and co-signs (from R. Kelly, Bow Wow, Cassidy and Young Joc on the official remix) followed. Then the group consisting of Krazee, Meatball and Raydio G sort of just disappeared.

“RCA made some changes around that time and the support we had either got fired or left after our follow-up single didn’t do to well,” Raydio G says to HipHopDX in an exclusive interview.

Between a few mixtapes and even a lawsuit against Eminem for taking a part of their signature hit, members Raydio G and Meatball found untraditional success outside the limelight.

Raydio G became a successful comedy writer for television shows like Key and Peele and Funny Or Die, as well as such films as Marlon Waynes vehicle 50 Shades Of Black. Meanwhile, Meatball built and runs a popular record studio in The Windy City. His Monotize Studios is utilized by local artists such as Famous Dex and Chief Keef.

Officially released from its contract with RCA at the top of the year, Hotstylz is set to release an EP entitled Hot Garbage March 8. The first single released from the upcoming project, “T.O.N.I.K. (The Only Nigga I Know),” is in line with the same feel that put them on a national stage. More recently and in time for tax season, the newly independent trio dropped “Broke A$$.”

“It’s dedicated to every ‘broke’ individual from the night clubs to the used car lots who spend money they barely have,” Raydio G says.

Though some artists shrug at the notion of being only known for one successful single, Hotstylz are totally fine with that possibility.

“Some people call us one-hit-wonders,,” Meatball says, “but it’s better to have one hit than to not have one at all.”

Check out “Broke Ass” below.