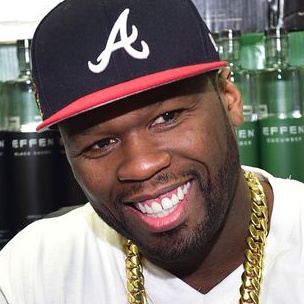 50 Cent Questions Who Jay Electronica Is

When asked by an Instagram user if he’s scared to respond to Jay Electronica, following comments the New Orleans rapper made recently, 50 Cent responded by stating that he’s unaware of who Jay Electronica is.

“who is that? I don’t even know a song from him. LMAO,” 50 Cent wrote in response to Instagram user @senzashaka’s question.

The user’s question about Jay Electronica was asked in the comments section to an Instagram picture 50 uploaded poking fun of the weather in Toronto during NBA All-Star Weekend.

Last week, during a livestream on Periscope, Jay Electronica stated that 50 Cent was “on some sucker shit” and threatened to “slap 50 Cent’s eyeballs loose out his scalp.”

“50 Cent at once, he was a good rapper,” Jay Electronica said. “Right now he got the potential to be a rapper, but he’s on some sucker shit…and we will slap 50 Cent’s eyeballs loose out his scalp.”